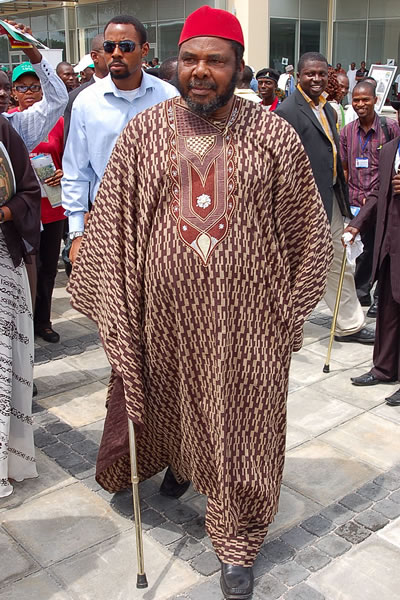 He is alive and still kicking.

In December 2012, reports surfaced online that 65 year old Nigerian actor Pete Edochie was dead after falling from a 50 ft building at a video shoot in Austria. Not long after, a rep for the Egg of Life actor released a statement that the veteran big screen star is indeed alive.

In a short video interview by WAOH Naija held on Friday 4th December 2012, Pete Edochie speaks on the death hoax and how he feels insulted by a certain Hyacinth Peter, who according to Pete broke the news on social networking site – Facebook.

Pete Edochie, who calls the incident funny,  also speaks on how the news caused a lot of worry and anxiety in his family and thanks God he is alive.

Festive Cheer Lights Up Temple Muse! All the Merry Shots from the Luxury Retailer’s Christmas Event in Lagos