Get your fashion-guru shades on because it’s time for another fabulous edition of BellaNaija’s Pick Your Fave.

Today, we have Nigerian actress, Kemi “Lala” Akindoju and media personality, Toke Makinwa battling it out for your fave pick in a black roused lace and sequin velvet dress from House of Nwocha‘s Fall 2012 collection – Yoshinaka.

Playing it safe or rocking it as seen on the runway, check out how Lala and Toke wore this dress. 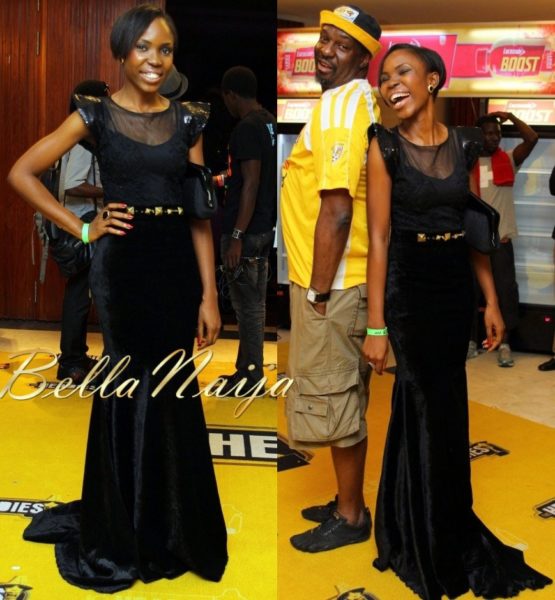 Nigerian actress/TV host, Kemi “Lala” Akindoju was the first to don this black frock at the 2012 Headies on Saturday 20th October 2012 at the Eko Hotel & Suites, Victoria Island, Lagos.

Kemi played it safe and opted for a black camisole to cover the dress’ plunging neckline. She accessorized the dress with a gold earring and ring with black crystals and a black clutch. She finished her look with a side hairstyle.

Known for her risqué fashion choices, Toke chose to wear the dress as seen exactly from the runway – flaunting a very generous décolletage. The radio and TV presenter as well as blogger, accessorized her outfit with gold earrings and bracelets and packed her wavy locks hair with a gold hair clip with green crystals

The House of Nwocha Dress – This black roused lace and sequin velvet dress with gold statement studs at the waist was showcased at the 2012 Arise Magazine Fashion Week Runway. For retail price, e-mail [email protected] 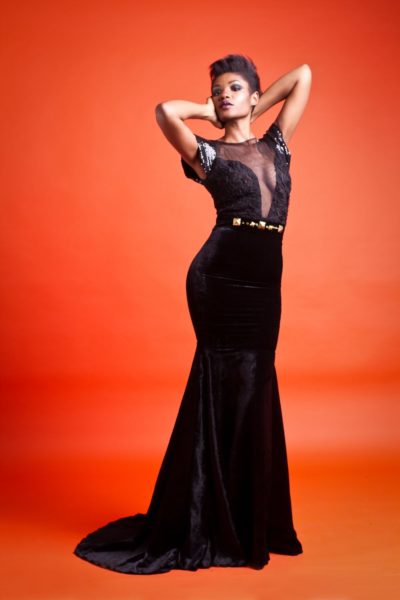 The Body Alchemist 6 Week After-Burn BootCamp in Lagos is Back! Register Today for a Fit & Toned Body this Year | Special Discount for BN Readers!

Getting Set for the Celebrity Wedding of 2013! Annie Idibia in Dubai to View Wedding Venues | Photos