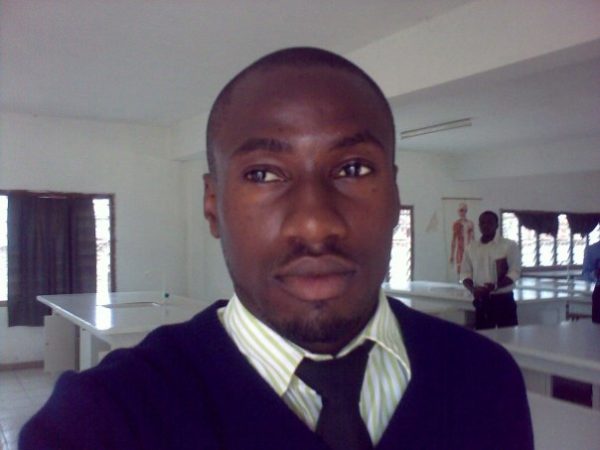 The rate of unprovoked killing of young people by men of the underworld is getting really alarming. Almost every week, we hear of sad, brutal killings of bright, young Nigerians and the frequency is very disturbing.

A young Nigerian doctor, Irawo Adamolekun, was shot dead on Friday (11th January) in the Anthony area of Lagos by an unknown gunman. He was killed in his car, in broad daylight in front of hundreds of people.

Since his death, his name has been trending on Twitter and Facebook with many expressing their sadness about his death. What makes his death even more shocking is the way he was killed and how the killer just rode away.

According to rapper, Ruggedman, who witnessed the killing and tweeted about the incident, the killer shot him and then walked calmly to a waiting motorbike and sped off.

Here are some of his tweets about the incident:

However, according to other witnesses, he was shot by a robber for his refusal to part with his valuables. Here are tweets by another witness:

What makes his death even more sad is that according to comments on Twitter and Facebook, Irawo lost his brother Imole, in a fatal car crash in 2004. He was just 21 and was a high flying medical student. They have one surviving brother.

The agony of burying a child is something no parent should have to face, much less two children, both under tragic circumstances.

May God console the Adamolekun family at this tragic period and may his soul Rest In Peace.

We hope his death gets investigated by the police and doesn’t get swept under the carpet like some other similar cases.

Related Topics:Irawo Adamolekun
Up Next