Behind The Heart with Chiadi Ndu: Choosing the Right Path 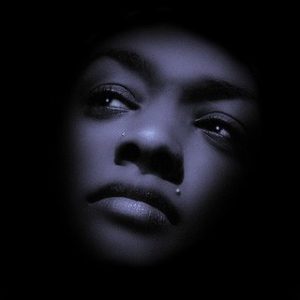 Grace* hasn’t won any prize medals yet but I know her story and I celebrate the strength of her choices. Her father died when she was very young and she was the first of 6 children. Her widowed young mother had been trying to have a baby boy and when she was 7 months pregnant her husband died. She gave birth to her first and only son 2 months after and named him Nnamdi- my father lives.

Grace had to start making a living very quickly to help her mother support the family. From street hawking to working as a domestic help with her relatives, she was able to get some basic education without compromising her virtue and integrity.
Eventually, Grace got a job as a clerk in the city and rose through the ranks while studying part-time. Needless to say, she is a very focused and resilient young lady. She took her precious baby brother Nnamdi to rise in the city but unfortunately this ‘priceless’ son was already convinced that the world owed him more than he was getting.

Nnamdi deeply resented the life he lived and he left no-one in doubt about how he felt. He held his sister and everyone else he could responsible for his lack and deprivation and he gave each one of them a hard time. Grace became exasperated; she came to the end of her tether. It was at this point that I stepped in.

I struggled to explain to Nnamdi that life never presented a level playing field for everybody-some people had it easy in some areas and rough in others, I said. He disagreed with me arguing that he had not been provided any easy place in his entire life. I didn’t agree with Nnamdi either. I pointed out to him that the love and support he received from his family was adequate leverage. He felt it all meant nothing without money.

In one of our sessions, after we had become much more familiar, he said to me, “Life is a b**ch, Ma. It has not been fair to me at all. I have very bitter memories of my early years. I had to roll the discarded wheels of motor vehicles while other children rode their bicycles. Many times I wanted to ask them to let me ride but I dared not because I had been told me over and over that I was different from them. I keep hearing all those voices saying ‘Nnamdi, cut your coat according to my cloth. These are big men’s children.’ The most difficult experience to forget are the birthday parties. I was never invited because we lived in the boy’s quarters, on the other side. I was separated from the ‘choice’ kids by those barbed wires. I could only cross over to the other side to pick up their left-over after the party, the debris. I can’t ever forget those barbed wires” he finished. I knew Nnamdi was headed for trouble when he vowed defiantly saying, “I swear Ma, I must put a wide gap between me and poverty (sic). I will never be poor again…”

A few years later, I stood with Grace in the arrival hall of the International Airport as all manner of law enforcement agencies surrounded Nnamdi. He was clearly very tired and scared. He waddled like a duck because both his feet were shackled and his hands were tightly cuffed behind his back. When he caught a glimpse of his sister I saw his tears trickle down and he bent his head further fixing his chin firmly to his chest.

As I watched Nnamdi try to avoid the flickering lights of the cameramen, my heart broke all over again because I knew that this was the likely consequence of his vow against poverty. I had tried to warn him and help him deal with his raging desire to make money at all costs. I had urged him to deal with this monster from his past that was standing aggressively in his path- but he made his choices.
I was very emotional that morning at the airport even though I always knew Nnamdi would end up like this if he didn’t confront his past… but I had kept hoping.

Chiadi Ndu was called to the Nigerian Bar in 1987. She has a Master’s Degree in Counselling Psychology and a Diploma in Stress management. She works as a Pre- Divorce Concilliator, and also writes a relationship Counselling column – Bridges on Sunday in Sunday This Day newspaper.