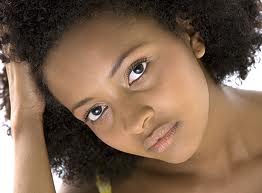 It is reported that two students of UNILAG committed suicide in January. The first, Damilola Durojaiye, a computer science student hanged himself while his parents were away at the cross over service praying in the New Year. I cannot imagine what they must have thought when they arrived home to see their son stiffening from rigour mortis hanging from wherever it was that he hanged himself. I think everyone will agree with me when I say that that is not the ideal way to begin your year. The second, Seun committed suicide by ingesting an undisclosed substance. The rhetoric in Nigeria is that suicide is an uncommon cause of death in Nigeria. However this seems an inaccurate assumption to make because our statistical measures being what they are make it nearly impossible to determine who has died from what.

For example, a person exposed to large amounts of arsenic will vomit, have diarrhea, stomach cramps and hyper-active sweat glands. These symptoms resemble that of a bad stomach bug, cholera or even malaria. As the poison’s effects progress the person will suffer seizures, go into shock and die within a few hours. Autopsy rates at the Pathology University College Hospital in Ibadan have declined from an average of 19% in 1984 to 3.6% in 2003. If this trend is representative of the rest of the hospitals in Nigeria it is possible for someone to die of arsenic poisoning without anybody suspecting a thing.

While it is true that a singular shocking incident may push people to extinguish their own lives, there are several diagnosable mental health conditions that could cause suicide. These include: severe depression, schizophrenia, Bipolar disorder, Borderhreline Personality disorder, Anorexia nervosa, and generalised anxiety disorder. Nigeria as it stands today does not stand fully equipped to deal with any or all of these mental illnesses. There is roughly one psychiatrist for every million people in Nigeria.

My Grandmother has quite recently been diagnosed with cardio vascular dementia. She forgets things. If she was dressed any differently you would assume immediately that she was mad but as she is well taken care of she never appears in public looking anything but well kept. You should see the looks on people’s faces when she kneels down in front of them at the Palms shopping mall in Lekki and says, “Ekaro sir!” with eager and expectant eyes. When she eats, she uses her knife as if it were a fork. Sometimes she even believes that she is a 16 year old girl in high school. We didn’t know this until she ran out of her room in a panic and said, “What are all these wrinkles and rolls on my skin? They shouldn’t be there! I am barely 16.” We laughed and said, “Mummy, it is because you are old.” Immediately after that conversation she regained lucidity and could not recall why she had left her room in the first place. For the most part she hides it well. I see her carry conversations with people she no longer remembers all the time without them catching on. This had led me to think that the mad people roaming the streets may not actually be mad at all. Maybe they have dementia like my grandmother because I know that left to her own devices, she’d be walking quite happily along the expressway thinking that she was on her way to her fathers house. I need not tell you that her father died many years ago.

I fear that in Nigeria we misunderstand the nature of mental illnesses. A mental illness is an illness just like malaria or cholera. There is no just getting over depression or bipolarism. You cannot tell a bipolar person to stop mood swinging like a yoyo. That would be like telling a person with diarrhea to stop himself from using the toilet. You can turn to God as we do with most things but turning to God should never be the only response to someone showing symptoms of a mental illness. God made psychiatrists and professionals with an acute understanding of these things so it would be sinful to ignore His creations just because you’re waiting for a miracle from the Top Guy Himself.

Even worse than our misunderstanding of mental health issues is our traditional beliefs regarding the subject. A schizophrenic hears things that aren’t said (auditory hallucinations) and has paranoid delusions. If you saw a schizophrenic in full throe of his symptoms, you would assume that he was possessed, suffering from a spiritual attack or incurably mad. Many would not guess that with an anti-psychotic the symptoms could be greatly reduced.

A survey published in the South African journal of Psychiatry in 2010 that studied 208 participants from the University teaching Hospital in Uyo found that even though the respondents were knowledgeable about the possible role of psychosocial pressures and genetic factors in the causing of mental illness, 52% held witches responsible, 44.2% held demonic possession responsible, and a third of them believed that it could be as a result of divine punishment. Now, you must keep in mind that these are the medical professionals. If they are this bad, how bad must the rest of us be?

There is also the problem of shame. I have a friend who is dealing with depression. This friend has no reason to be depressed. He has never wanted for anything including parental love. He has been to the best schools and is himself remarkably clever but this time last year he was scarily close to killing himself. When I asked him why he felt so low, he said that he felt inadequate and inferior and that he felt undeserving of everything that he had received from both God and man. This struck me as bizarre for here was a guy that even on his worst day would blitz me in any exam. He had always been of a melancholic disposition. When we were younger he would get down for no apparent reason and stay down for weeks. As we grew older he got better at hiding it. I always thought that the way he was. I’m sure that he thought that too.

It didn’t occur to me or his family that he was depressed and had been for a while. You’ll be happy to hear that he’s doing a lot better now. He’s on a course of antidepressants and a tight routine that he scarcely ever deviates from. A routine is important for him because the symptoms of depression include a change in eating habits (usually a decrease in appetite) and a change in sleeping patterns (in his case he was always tired). He says that the hardest thing, was admitting it to his friends and family that even when he was diagnosed with it and knew it to be an illness he thought it was an admittance of weakness. He thought it the pinnacle of self-indulgence and I can see where he’s coming from. If you were depressed, could you admit it to anyone?

As I hinted previously, people expect the cure for mental illness to come from God. Most of you have probably seen a mad man brought up to the altar for healing. In my opinion this is the wrong way to go about it. Michelle Williams of Destiny’s Child when speaking about her battle with depression said, “We’re taught, `Just go to church and pray about it. The Lord is going to heal you.’ Well, in the meantime, I believe God-gifted people, physicians, doctors, therapists – that’s your healing. Take advantage of it. Go see a professional so that they can assess you. It’s OK if you’re going through something. Depression is not OK, but it is OK to go get help.”

So what should you do if a member of your family or a close friend starts acting a little odd? You know? Talking to himself and seeing things, or avoiding human interaction for no apparent reason at all. Or if you notice that your teenage daughter has well placed half healed scars on her arms, or if you find her eating habits abnormal. Or if you have a particularly forgetful and perpetually confused aging relative, or if one of your friends names herself Sandra and acts differently, then calls herself Bob and acts differently, and then reverts back to who she was. Get them to professionals (particularly a trained psychiatrist and a general practitioner of medicine. Leave your pastor or your witch doctor out of it). Ignore all thoughts of demon possession, witches or curses, reserve judgment and talk to them. Mental illnesses are not contagious. Make it okay for them to tell you how they are coping with it all. Never assume that a mental illness is a phase that will pass with time, apart from if you are happy with the chance that it may be the sufferers last phase.

#NewLeadership series with Chude Jideonwo: Bursting the Bubble of the Comfort of Government