#NewLeadership series with Chude Jideonwo: Bursting the Bubble of the Comfort of Government 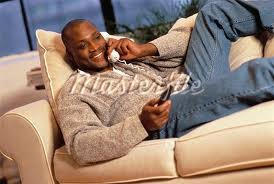 I have taken to cracking a particular joke with my friends over the course of the past two years as I have paid close attention to the way that power and politics work in our society – that it is difficult to correctly see Nigeria’s problems from the penthouse of the Transcorp Hilton.

The Hilton – that pulsating centre of much of the elite action in the nation’s capital – in this case is of course a metaphor for the plush conditions in the much-talked-about “corridors of power”.

What I refer to is a social phenomenon that has confounded many Nigerians, including young people, over many years. How is it that perfectly reasonable and principled people, get into the Nigerian government and suddenly begin to speak in tongues that normal people cannot understand?

How does it happen that what is crystal clear to everybody is not at all clear to those who make and drive public policy – or how is it that people say one thing before they get into government and another when they are in?

I have come across three theories. One, as I have noted before, is that we thorough underestimate the length and width of the problems that afflict Nigeria in many areas, and do not take the time and calmness to dissect them rationally, and are thus caught unawares by their magnitude when we get the opportunity to solve the problems.

Two, we misjudge the character of those who enter government, projecting our principles and aspirations on to them and thus mis-imagine – or unfairly pre-empt – how they will conduct themselves in office.

But the third and most urgent: the trappings of government life in Nigeria are simply not conducive to reality.

Government in Nigeria is, ab initio, a corrupting influence.It is too comfortable, too lavish, too affluent, too wasteful, too obese; and under these circumstances, it does not lend itself to reason or reasonableness.

For instance, how does the government view public reaction when it announces that, as part of its expenditure, there will be an additional $9 billion allocated for the Vice President’s residence? It does not understand what the outrage is about, and immediately blames it on a mis-informed press and a hyper-active opposition. After all, it says, this is how lodgings in the Presidential Villa have always been maintained, and the new vice president doesn’t understand why his case should be different. This money was properly requested for and approved per government processes, just as a lot of monies – millions, billions – are spent in government circles daily on the most innocuous things, and what outrages you does not stand out as a sore thumb to those on the other side.

In an atmosphere of bloated contracts, over-invoicing, lack of monitoring and efficiency tracking, and a steady stream of revenue, no one used to the comforts of government life is immediately ready to question the log in the eyes of another government official. Many of those who work in government are already used to its obesity. Before they join government, they do not understand how overpowering its allure is, so when they enter, they cannot resist it.

It’s a life too easy. It’s like living in a luxury hotel penthouse at the nation’s most famous hotel. The rooms are plush, the food is rich, the service effusive and the company elite. Two rooms across probably lies a Minister of the Federal Republic, and a floor down, the publisher of a major government-friendly media, and in the elevator, a governor friend of yours. When you look across your window, all you see is Abuja in its splendor and finery – mountains, swimming pools, tall buildings, and the smell of fresh air.

It is a step above the real Nigeria; a place where all things are bright and beautiful.

Imagine that this is the life that the oil minister or a special assistant to the president lives in every single day – then you begin to understand how, from that position, it becomes very easy to be divorced from reality.

They come from a place where excess is a way of life. And when they get there, they want to preserve that lifestyle at any cost – they will delude themselves, they will shut down their consciences, they will make justifications for the ludicrous, they will ridicule their critics, they will fight tooth and nail to maintain the status quo.

What you need to understand is this – they have entered into their rest. And from that place of unaltered comfort; of private jets and motorcades, endless foreign travel and new houses, first class travel and 5-star hotels across the world, they will refuse to listen to those who scream that they are crippling the nation.

In fact, as far as they are concerned – those screaming hoarse are only looking for an opportunity to join the train.

If we want to change our country for real, we will first have to start by changing the way its government works; the way its officials live, the way its functionaries spend, the expansiveness within which they are allowed to operate.

This does not mean that government should not be comfortable. Leaders need, perhaps have earned, a certain level of comfort, even luxury – and a knee-jerk response to every expense must be eschewed in favour of context. Excess is where the problem lies.

The president of America can launch an operation to defy the sovereignty of another nation in search of Osama bin Laden without any domestic uproar, but Barack Obama lamented to Vanity Fair last year about his inability to change furniture in the Oval Office without an uproar over fiscal responsibility.

Governance should be made unattractive to those who only want the easy life. It should be functional and purpose-driven, and former president Olusegun Obasanjo understood this when he began the process of stripping civil servants and public officials of free cars and houses, attempting to ensure that they gave value for what they used or took through the monetisation policy.

We have to fill up the gulf between the governed and the govern-er to such an extent that perhaps the only thing that separates the two is power, maybe influence – certainly not money.
You only need look at our country’s recurrent expenditure to wit, how much it takes just to run the government in order to understand the depth of our challenges – which is why it is a shame that the true value of the #OccupyNigeria protests seem to have been swallowed by our nation’s incestuous oil politics. The real issue is the cost of governance and then government waste. The waste also makes graft easy, even inevitable.

As long as we continue to make public life a bubble, as long as government committee members find it easy to fly first class only to submit White Papers that are exact copies of White Papers of the same content submitted two decades ago, it will be unable to attract, and sustain, the kind of character and discipline-driven people that we need to restructure our society.

Our government is one continuous ‘owambe’ party, and it’s time for the music to stop playing.

It will be hard, and those on the dance floor will fight with all they have – but what other choice do we have as a nation? We need to fight this #CostOfGovernment battle to the finish.