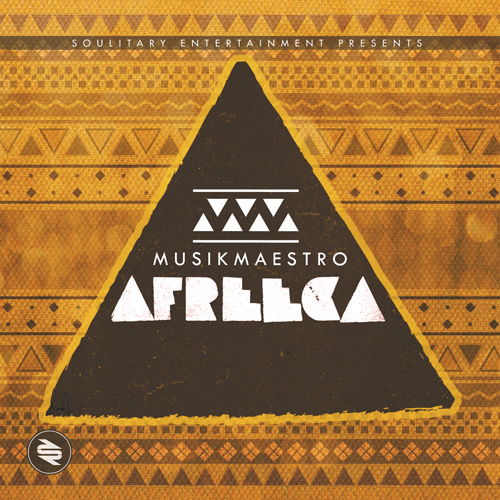 MusikMaestro are back again with a new (East African Kapuka Beat) Hit song ‘AFREECA’ . The audio has already charted Number one on a national radio station One FM in Kenya for a period of 2 weeks. This is definitely an introduction to the East African Sound.
MusikMaestro is a London based East African duo signed to the independent record label Soulitary Entertainment. Based on their mutual admiration for UK urban music and taking influences from a variety of East African music genres, MusikMaestro are currently working on an experimental fusion sound for their EP (Electric Afreeca) which will be released soon.
The audio release of Electric Afreeca is the culmination of MusikMaestro’s experiment with afrohouse music and has now been followed by official single releases ‘HOUSE PARTY’ & ‘DISCO GIRL’. They are also working on collaborative projects with established names such as Wyre & Habida , (KENYA) / Jackie Chandiru (UGANDA)/ Bossu (GHANA) / Cassper Nyovest (South Africa) and Dr SID ( Nigeria).
With the backing and credentials of some of the biggest names in the East Africa and the Afrobeats music industry, MusikMaestro have gained attention from bloggers and radio stations across Africa and London including MTV Base Africa. The release of their debut single ‘House Party’ – an Afrobeat song with a young urban feel to it and their second club banging single Disco girl featuring Dr SID ( Nigeria) has put this duo on the world stage as their music gains airplay on popular spaces like BBC1Xtra UK, 1FM Kenya & Radio City Uganda.