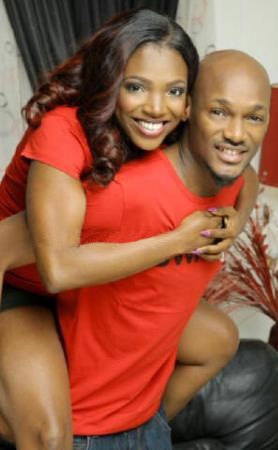 The enthralling love story of 2Face & Annie Idibia is certainly not a new one. Nonetheless, it’s one that, cliche as it sounds, surmounts all doubt that love conquers all.

But, how did it all start? When did this roller coaster ride of friendships, Ex-relationships, break-ups and make-ups; children and ‘baby mamas’ turn to a Nigerian love story? How did this celebrity love story begin ?

Well, it began from a tender stage; one that many, till this day, would toss aside and regard as ‘puppy love’. Annie and 2Face (or Inno’ as she endearingly calls him) first met at Even Ezra Music Studio when she was just fifteen and in her words, “I think there was some electricity that second”.

They were friends first but had started dating officially by the time they shot the “African Queen” video in 2004. That was when 2Face announced that they were together during an interview. 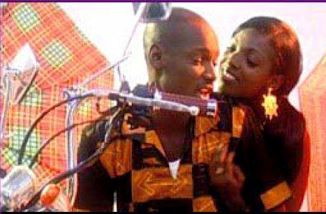 “I remember my 16th birthday at Alpha Beach, with me and my friends. When we were going home, we all walked to the bus stop with him and his cousin. Plantashun Boiz had just recorded “Knock Me Off” at the time so he wasn’t a star yet.

So we got into the bus, he sat in front with his cousin so when we wanted to pay the conductor, he said, “no, he done pay already” I was feeling like a babe. “Hey! My boyfriend paid everybody’s bus fare.” And that time, bus was like N2.50k or N3 per person for about 14 people. But he told me recently that he didn’t eat that night because he paid for everyone.” – Annie Idibia in the February 2013 issue of TW Magazine

The fame snuck up on them but they struggled to keep the relationship together. Annie’s entertainment career became a lot more difficult as a result of being known as ‘2Face’s girl’.

She was hurt when word got out that, in quick succession, 2Face had gotten two different women pregnant – Pero Adeniyi and Sumbo Ajala. At that point, the couple broke up. 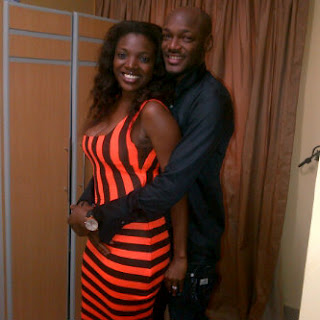 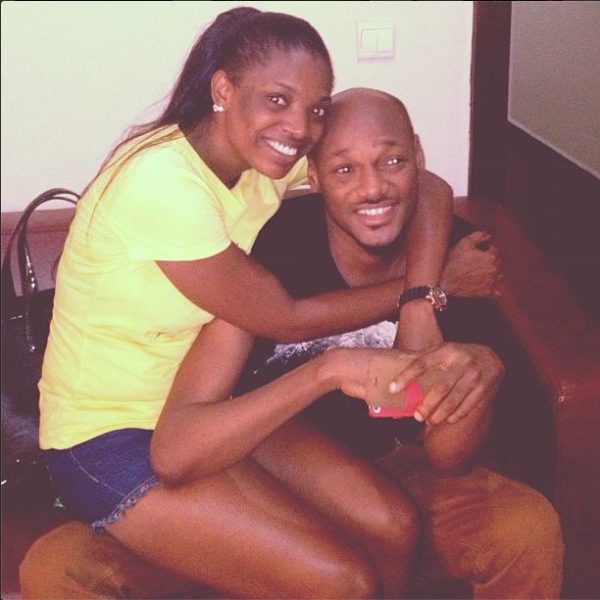 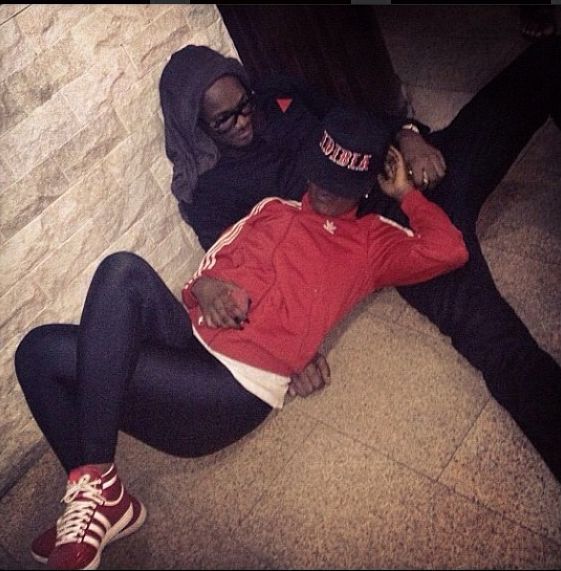 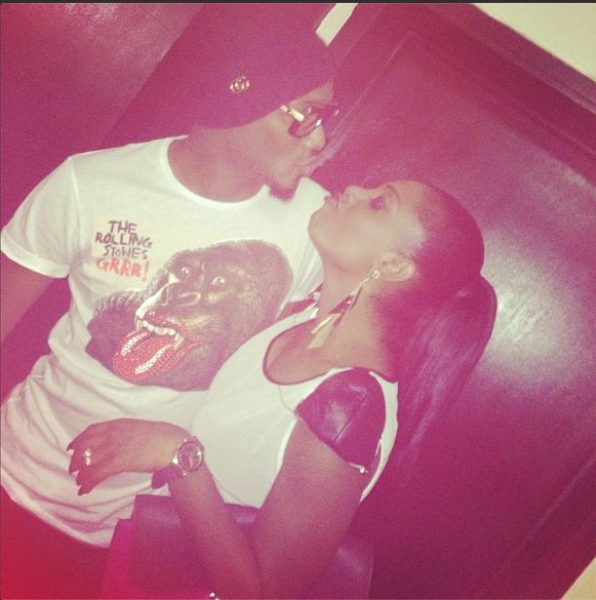 When Pero and Sumbo yet again got pregnant for 2Face once again, that was when 2Face and Annie had their longest break-up which lasted almost a year and a half.
Annie gave birth to 2Face’s fifth child Isabel and then in 2012, Pero gave birth to his sixth child in the US. 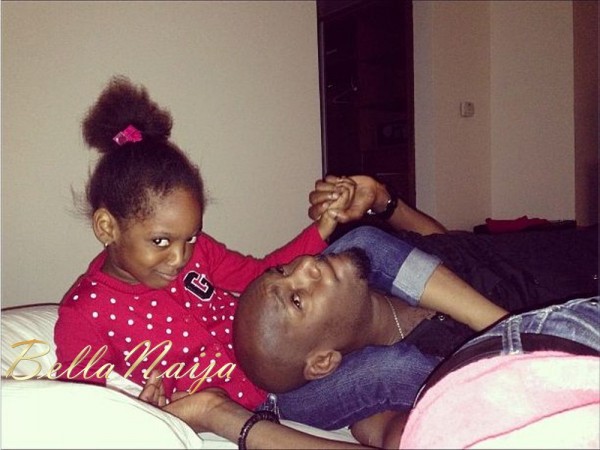 In 2012, 2Face proposed to Annie on Valentine’s Day at Jay Jay Okocha’s Club 10 in Victoria Island, Lagos. And, they weren’t even dating then, although were still on talking terms after he had called her out of the blue a few weeks before, visited her at home and asked for her forgiveness and friendship.

According to eye-witness reports, 2Face took Annie to a quiet section of the club, he knelt down and told her “I know we have had our ups and downs but it will be my heart’s desire for you marry me” and then presented the dazzling ring and Annie began screaming “YES, YES, YES”.

At his  concert, 2Face brought Annie onstage and the crowd went wild! He serenaded her while she smiled all through.

Shortly after 2Face‘s concert when he brought out then-fiancee, Annie during his performance of “African Queen”, the two secretly legalized their union in a Lagos registry on Tuesday, May 1 2012. 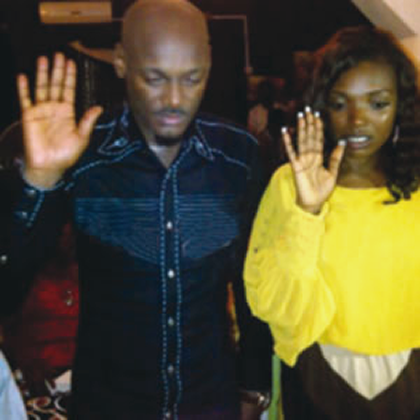 Once they were official, 2Face and Annie went for almost all their events together, always looking  colour-coordinated and happy together each time.

At the Playa’s Ball Exclusive Party 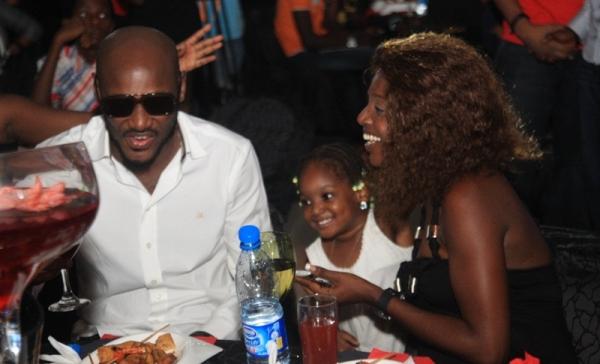 2Face, Annie & Isabel at a Party

Getting Set for the Celebrity Wedding of 2013!

Annie Idibia in Dubai while looking for wedding locations

2Face & Annie‘s traditional wedding took place on Friday 8th March 2013, equipped with two big wedding parties before & after. The wedding’s venue was the field of the Apostolic High School in Esit Urua. Due to the number of fans, well-wishers and invited guests – this was basically the only venue in the area that could hold the huge number of guests.

With their large traditional wedding celebrations done, all roads lead to Dubai for 2Face and Annie’s white wedding. 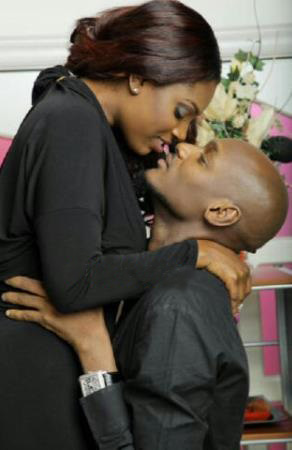 The event will take place on the 23rd of March 2013 with a series of events in Dubai – from the Jumeirah Beach Hotel to a private island and more! Event planning company extraordinaire Oaken Events is at the helm of the planning and coordination. No word on what dress Annie has selected but we are all waiting to see!

As of now, the couple, along with friends, family and well-wishers have all arrived in Dubai for the Nigerian celebrity wedding of the year. We wish 2Face and Annie marital bliss.