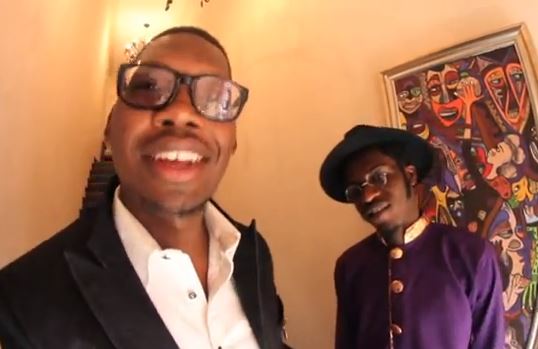 You know you’re in for a super music video when both EgoFixTV and iRokTV are both on the scene for Ajebutter 22‘s Sesan-directed video shoot for his smash hit single,“Omo Pastor” featuring Boj (of DRB Lasgidi).

With starring roles from music stars, Seyi Shay (Omo Pastor), Dr. Sid (Deacon) and superstar comedian, Basketmouth (Pastor), you’re in for a thrill. Here is some of the behind the scenes action from the shoot. Cameo appearances from the likes of K9, Falz, Uzi, N6 and Flowsick