BN Prose: The Girl With the Hazel Eyes by Arit Okpo 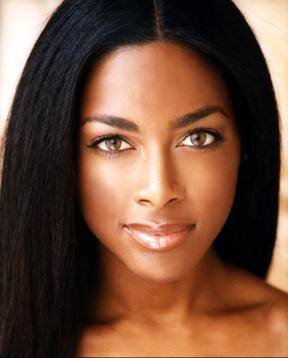 The eyes that looked back at her in the mirror lacked expression. Expression had died with her first scream. Thereafter, all that had been was blankness.

She bathed carefully but quickly, each pass of the shower head washing the blood from her body and creating a light red stream running from her feet. Drying herself off, she walked to the mirror and started the systematic self-appraisal that had become an unconscious routine. She looked at her eyes, studying them with mild, abstract interest. One eye was swollen almost shut; the other studied her with the same absentminded interest with which she studied it. She had the most curious eyes, a clear hazel, throw back from a relative she had no clue about. They were haunting eyes, not that they’d ever done her any good.

She turned away from the mirror and limped slowly to the door. The limp was nothing new. Once he’d beaten her so hard that she had been unable to take a breath without a sharp pain in her chest. When he had come home that night and seen her lying on the floor, gasping for breath, he had quickly taken her to the hospital where her ribs had been bound.

The doctor said she had broken her ribs and asked what happened. Silence had answered his question. He had looked up again to meet those curious hazel eyes watching him with mild curiosity. Feeling strangely unsettled and citing important cases to attend to, the doctor had hurried out of the hospital room.

She had recovered from that, and she would recover from this, she always did. Her eyes marked the features of the house as she walked to the room. It was a beautiful house, built with the best materials that money could buy. Under different circumstances, she would have been sad to leave.

She stopped at the door of the living room; the intimate one for family. The sight arrested her briefly. Blood splashed on the floor and the door, thick ribbons festooned the walls like gory streamers from a macabre birthday party; she walked through, carefully skirting the splashes as they marked the spots where everything had taken place. The air seemed to shimmer, everything seemed so unreal, as if time itself, shocked by the horror of all that had happened, had chosen to shroud the house in a veil.

She walked into the room, the pretty little room made for a beautiful 9 year old, the same 9 year old who now stood beside the bed, her eyes trained on the door, brightening in relief as her older sister walked in. “Are you ready?” she asked. The 9 year old nodded, reaching behind her for the little black backpack that lay on the bed. “Good, give me a minute, let me get dressed, I need some things from the safe, then we will go”. She turned to the door as she spoke, then paused at the rustling sound of the backpack being carried. Without looking back, she held out her hand and waited as her little sister hurried to her.

As they walked through the living room again, they paused almost unwillingly to look at the bloody mass that lay on the floor, his head had been mashed in until all his features had become a red, lumpy porridge. Blood flowed from what seemed to be 1 million stab wounds, body parts lacerated over and over again. The cause of the wounds still lay beside the body, the broken half of a bottle of vodka; edges rimmed in congealing blood. A pestle, gloved in red. She looked at them, and then at the wounds on her arms, some had started bleeding again. She closed her hands into fists and hurried along.

Dressed and packed, they hurried downstairs. As they walked out, the 9 year old broke the silence, “Where will we go?” She looked down at the beautiful face of the child beside her and her eyes registered a flicker of emotion. How fortunate that she had been at home when he decided that it was time. She remembered the look on his face 2 weeks ago as he looked at her in the kitchen, at the bulging stomach barely covered by her Guess tshirt. She thought of the disgust that had flickered across his face as he had looked at her, and as he turned and went upstairs, a part of her had started to wait for the day when he would touch her sister.

The scream had galvanized her into unthinking action. She had grabbed the pestle from where it lay in a corner of the kitchen and dashed upstairs to the living room to see her sister struggling frantically as he pushed her little pink sundress up to her stomach. Shock had translated to anger and then to strength she didn’t know she had. 7 years she had been silent, 7 years she had allowed him, hoping that her silence would be sufficient price paid for her sister’s safety.

The first blow stunned him, the second broke his nose. The third time, she crushed his windpipe. The blood gushing from his face had made him look like a monster as he crashed to the ground, knocking over his bottle of vodka. She stared at the bottle, the same way she stared at it almost every evening as her father pounded into her, his grunts punctuating his every movement.

The bottle crashed against the wall. She could not say when she began to stab, but she stabbed him until every inch of his body bled. She stabbed him as the bottle cut into her hands. She stabbed until her blood mixed with his and the bottle slipped from her hands. Then she picked up the pestle and started to pound, a blow for every thrust, for every muffled scream, for every bleeding tear, for every illusion gone. She pounded until the red haze covering her eyes was replicated on the rug, the walls, the very fibre of the room.

Her sister’s whimpers brought her back to earth; she looked at the little girl, sitting in a corner, eyes closed, rocking back and forth with her hands over her mouth. That was when she stopped.

She didn’t touch her sister; she knew what she must look like. She turned instead to go to the bathroom, and as she walked to the door, the sudden wetness between her legs told her that another life had just ended.

The girl thought briefly on all this as she stood by the door. She looked back at the house – scene of her deepest fears and deepest losses – and then she looked at the little girl beside her. “Don’t worry, we’ll be fine”

The girl closed the door very gently behind her and took her sister’s hand firmly in hers. Together, they started the walk towards a new beginning; a 9 year old girl and her 14 year old sister. As they walked, anyone looking into the girl’s hazel eyes would have recognized the emotion that overflowed in them – it was hope.

Blessing Omakwu: The Beauty of Surrender