BN Prose: For Voltron by JibolaL 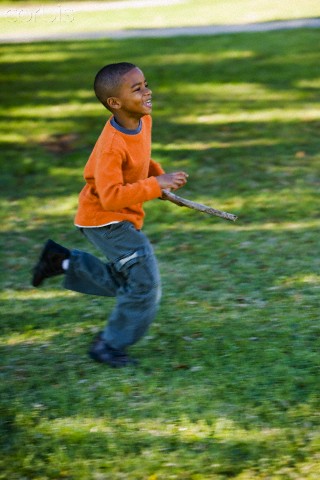 There are certain things that do not change. The sun rises in the east. We eat rice on Sunday night. Every last Saturday of the month, Mama and I clean up our single-room apartment. The neighbourhood kids light up fire crackers every Christmas. Like these unshakable rhythms in my life, grinding pepper for Mama remains the same, week after week. So it’s no surprise when at three-thirty in the afternoon, she calls out to me from the communal kitchen to go out to the miller’s.

I run out to answer her call and I’m soon on my way. When I’m sent out like this, I have this private ritual that Mama doesn’t need to know about. If she does, I know she’ll flog me. I usually do a quick stop at Abdullahi’s — the Hausa man’s kiosk — to buy Okin biscuit. Even though he already knows my preference, Abdullahi (will still ask) still usually asks: Round or Square? Most of the time, I favor the rectangular type over the circular ones because they have more sugar. The biscuits are four in a nylon wrapper and shaped with borders like a miniature picture frame. With the sachet of biscuits in hand, I love to run over to the edge of the deep black drains, gutters we call them. I break off one of the shorter borders and eat the rest. I then crumple that short piece of biscuit left and sprinkle the dust into one of the gutters, the way I’d sprinkle sand over the play dishes we made in the playground. The fishes, that Mrs. Okonkwo said are really not fishes but baby frogs, always swarm around the biscuit crumbs.

With Mama’s errand — the small bowl of tomatoes, peppers and onions — seated next to me by the gutter, I sit and watch till every single crumb is gone. Then I repeat the process with the three other biscuits. On this day however, I don’t stop over at Abdullahi’s, the kiosk made of iron roofing sheets. It wasn’t because I haven’t saved some money from my five naira my daily school lunch allowance. I have some change in my pocket. But I have no time to waste. Typically, Mama would have sent me out sooner. This time, it was already twenty minutes before four o’clock when I left the house. My favorite TV station will soon start their programs for the day with my favorite cartoon, Voltron.

For me, it is more than just a cartoon. It is the line between good and evil. It is the difference between the spirits I know are lurking in the shadows and under my bed, and daylight. It is the difference between garri, sugar and groundnuts, and garri without those accompaniments. Every time I watch Voltron, I feel like a citizen of the imaginary Planet Arus. So I run, for Voltron and for Arus. I jump with determination over the gutter with the flimsy plank in front of our house. I run past the boys playing football on the road. I jump over potholes – where I would have walked through them. As I cross the road without looking both ways, I pray silently that the blessed virgin would protect me from reckless Okada men’s motorcycles. I run like I am representing ‘Blue House’ in an inter-house sports competitions at school.

It is the miller’s snores I hear before seeing him in his shop. The back of his left wrist is over his closed eyes, like he is shielding them from some glare in dreamland. His other hand is over his belly. It looks like he has hidden a smooth but very large calabash underneath the skin of his belly. He does not even flinch when I clear my throat or I clap my hands like those people who wear white dresses to church with no slippers or shoes. Then I put down my bowl of pepper and pick up a little stone and toss it at his cheek. Thankfully, he wakes up, even though he begins to scowl like he is about to beat me up for disturbing his nap. He looks at me and snaps, “Pepper fifteen Naira!” I frown and tell him I have only ten naira that Mama gave me. “No light, we go use generator” he says with a finality as he begins to recline back into his bench.

It is almost four o’clock. If I go back home to ask Mama for the extra five Naira and then come back, I will miss over half of Voltron. Then, as if somebody placed a light bulb on my head, I remember my spare change, my savings, the five naira I always keep in my pocket for my Okin. “Oga,” I say with urgency, “I will pay you.” He groans again, as if he has hoped I wouldn’t have the money. He snatches the little bowl of peppers, onions and tomatoes from my hand and stalks over to the mill. He walks past me out of the shop, to where the mill connected to a generator is installed. He pulls at the ignition cord with effort. His belly shakes as he does so. The engine sputters to life at the third pull and I sigh with relief. I will his slow movements to move faster as I feel the clock ticking in my head.

I run faster than I did the first time around. The wind that is rushing past my ears spurs me to run even faster. I sprint past some ice cream men ambling along on their bicycles. I zoom past children playing Suwe in front of their houses. I pay no attention to kids running around, playing catcher on the road that cars do not pass often. I am now in view of the boys playing football near our house. I slow down to a walk, with my chest heaving and sweat pouring down my face and forearms. I am on the wide plank looking at the door to the house when it hit me. It’s odd because before it happened, I was basking in pleasant satisfaction that I had finally made it home. Now I feel like the five fearless warriors that man the lions that made up the Voltron. They must have felt like this every time they defeated their enemies against all odds. But that feeling doesn’t last. I sense something soft hit my head hard and I feel the already shaky plank tilt at an angle. Both my hands are holding the bowl full of red liquid of milled pepper as the sides of the gutter rush up to meet me.

Call it reflex, but I shut my eyes and my mouth tight. I hit the bottom with a splash. Mrs Okonkwo always said that there were harmful germs everywhere. She said that the best thing to do to avoid them was to wash our hands as often as we could, and stay away from the easiest places to find gems.
I’m sure Mrs Okonkwo must have felt that as kids that loved to play on the streets, our only contact with the gutter happen when we play football and the ball roll in. She would never have bet that I’d be here, like this.
My eyes are still shut. I don’t know what made me more afraid to open them. Is it the laughter I hear from the boys approaching to retrieve their ball and mock me? Is it the thought of Mama flogging me mercilessly as she asks me if money grows on trees? Is it the shame of being in the gutter? Or is it the fear of the germs that have by now made a home in my body?

I still hold on to the bowl in my hands as I lie on my side. I hear the voice of a little girl say to someone near her, “See, he likes it there, he’s a dirty pig.”
I am willing myself to dissolve into dust…then the worst happen. I hear Mama’s voice.
“Stand up!” she commands.
She says it the second time with a change in the lilt of her voice, and I stand, eyes still clamped shut. “Give me the bowl,” her voice booms.

The boys seem to have become bored of reveling in my misfortune, because I hear them continue their game. I release the bowl to Mama, and I feel her strong hands pull me out.
I flinch when I feel the shock of cold water wash over me, because I was expecting a slap. “Pele,” Mama commiserates with me, her voice low and soothing.
I feel gradually relieved. I feel the dirt and grime of the gutter wash off me slowly. The tears that have been threatening to burst forth did when, still wet as I am, Mama pulls me into her embrace. I forget about the shame, about Planet Arus, about Voltron.

Designed to be Under A Man