Sigh! It’s a tough one. But we have YOU to tell us the best in the frock. 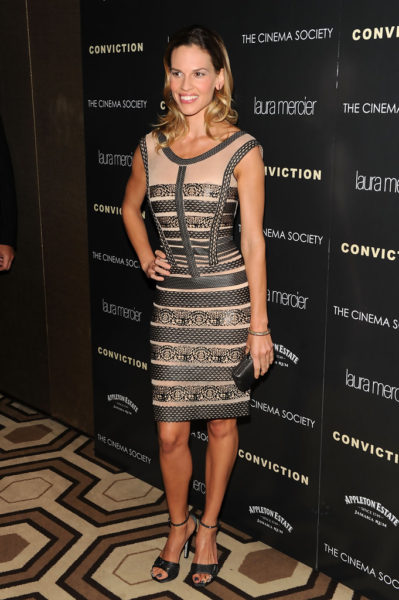 Where: The Cinema Society & Laura Mercier screening of “Conviction” at the Tribeca Grand Hotel on Tuesday 12th October 2010 in New York City.

How She Wore It: Academy award winning actress Hilary Swank gave this bandage dress its red carpet debut at the screening of Conviction in New York. Looking chic with her short wavy locks, she opted for simple make-up, save for her luscious pink lips. 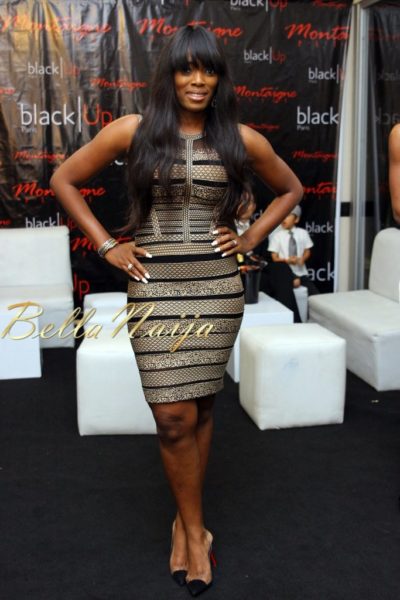 How She Wore It: Ex beauty queen and modelling entrepreneur Elohor Aisien gave us a strong sense of déjà vu when she took to the black carpet at the Elite Model Look Nigeria finale in the same frock.

Sporting bangs, she accessorized with silver rings and bracelets and a pair of Christian Louboutin heels. 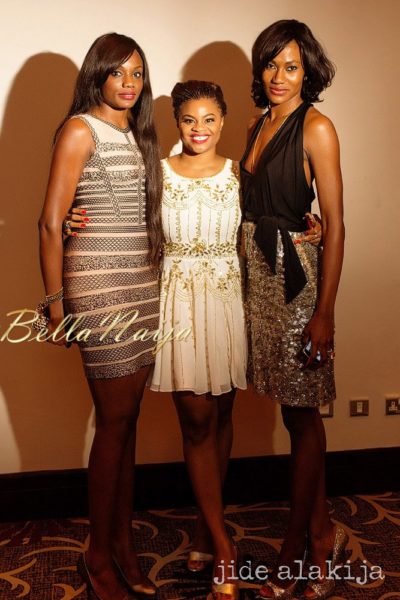 Where: Agbani Darego’s 30th Birthday Celebration at the Wheatbaker Hotel on Sunday 6th January 2013 in Lagos.

How She Wore It: In January 2013, former Miss World Agbani Darego threw a fabulous 30th party at the Wheatbaker Hotel, Ikoyi, Lagos. Don Jazzy, MI, Lanre DaSilva Ajayi, Stephanie Linus and Nkiru Anumudu were some of the guests present. PR exec/style blogger Ono Bello was also on the guest list.

She attended the event in the nude-and-black patterned bandage dress. She accessorized with silver bracelets, a sparkly clutch and gold peep toes. Her look was completed with long dark locks and red lipstick. 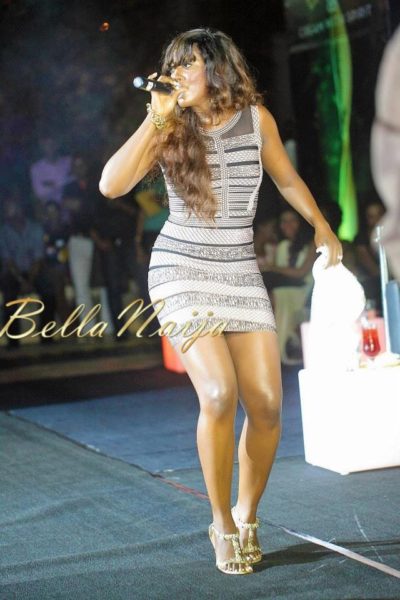 Where: Baileys’ New Bottle Launch at Muri Okunola Park on Friday 24th May 2013 in Lagos

How She Wore It: Event after event, red carpet after red carpet, Tiwa Savage always brings her style A-game and for the launch of Baileys’ new bottle, it was no different. To belt out her chart topping singles, she took to the stage in the form fitting dress.

The Nigerian chanteuse styled the spring/summer 2011 creation with a gold bracelet and gold heels. Long wavy locks finished the look.