Ofilispeaks: Our History of Forgetting History 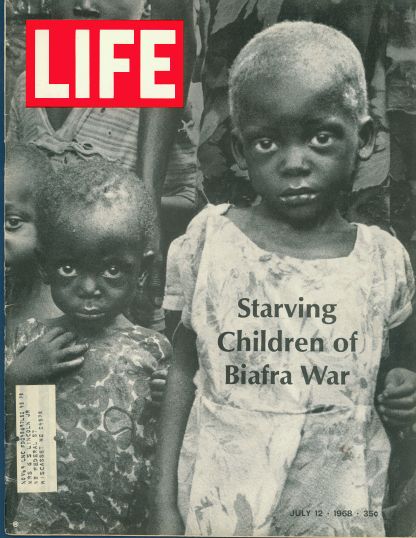 To put this in perspective, I lived in Nigeria for 18 continuous years, went to nursery school, primary school, secondary school and if it counts A-level college…all in Nigeria. I did Social Studies and History along the way…took numerous notes and read plenty text books. And at no time in my long Nigerian school history was I taught about the Biafran war. It did not appear in my JAMB exam, common entrance exam, JSS exam or SSCE exam or any of the many exams the average Nigerian kid is forced to write. And I definitely did not see any documentary’s on TV or radio. It was as if the war never happened…

Or at least we like to act like the war never happened. It was as if we went out of our way to erase every trace of the war from our memory. It is omitted from our history and our educational curriculum.

So the only history we have has been largely oral, from the stories of people who experienced the war to others who heard stories from those that experienced the war. And for years this is how the war has been documented…orally….from generation to generation. And perhaps one day we would all wake up and find the war erased from our memories.

But it won’t disappear…because civil war did not end in 1970, it still goes on today. It is not in the same bloody manner as the first civil war, there are no guns being shot, explosion being triggered, there are no children starving or armies fighting…there is none of that. Instead the war has shifted into stealth mode…a quiet war. An ethnic type of war fought in small pockets across Nigeria, on our streets, in our schools and in our politics. It is a kind of clandestine war of ethnicity that pits one ethnic group against the other.

People want to hire their own tribe, others want to marry from their own village all because this ethnic group hates that other ethnic group and so on. Nigeria as we stand is united on paper but fragmented in reality.

Fragmented, largely,  because we have chosen not to face our history. But until we face the past, we will not be ready to face the future. Until we can discuss, teach and debate about the civil war in our classrooms and radio stations we will continue to wage a quiet civil war. We would try and patch it with presidential rotations (south and north) and other quasi solutions, but it would not solve anything until we tackle our issues head on.

But sadly Nigeria suffers from severe memory loss. Not because we can’t remember, but because it is easier to forget. Forgetting requires no effort. So we forget events and dates. We even forget the meaning of the words in our National Anthem, for instance…“the labors of our heroes past shall never be in vain…”

Because for years the labors of our heroes past has been in vain. Because we forgot what they died fighting for. We forget that on June 12th 1993 a certain man IBB cancelled, for no reason what so-ever, the freest and fairest presidential election in Nigerian history. And that as recent as 2011 that same man IBB…the one who for no reason cancelled the 1993 presidential election attempted to run for President. It takes a nation that forgets for that to even happen. If June 12th had been made a public day or better yet the national democracy day, I doubt that IBB would have been bold enough to even think of running. 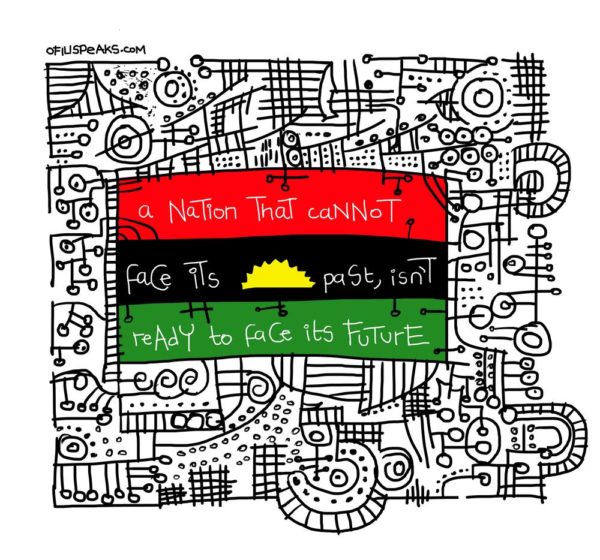 And while we are on the topic of forgetfulness, let’s not forget about Ken Saro Wiwa, civil rights activist who led a peaceful protest against the destruction of the Ogoni land by big oil companies, only to be tried and murdered by a kangaroo court. What happened after his death? Did Ogoni land get better? Did we get a Ken Saro Wiwa holiday? Or a Ken Saro Wiwa Federal road? In fact according to the guardian UK, the Nigerian senate rejected proposals for an annual Ken Saro-Wiwa Day, rejected proposals to have a street named after him and ultimately rejected proposals to have a national monument created in his honor. It was as if his death like the war never happened.

And we need to change that. It is a travesty when our children know more about the American Civil war and World Wars than they do about the Civil War that happened in their own background. That is outrageous. Nigeria needs to start telling its history to its children. Our children like me should not have to learn about Nigeria from foreigners that live thousands of miles away. That has to change.

Now I am not saying we should talk about the war to figure out who is right or wrong, which I think is the fear of many. I believe we need to talk about the war and other ethnic issues so that we can become comfortable with ethnicity. The moment Nigerians become comfortable and can discuss freely about ethnicity with other ethnic groups, that is the moment the civil war will begin to end.

I conclude with the words of Stephen Colbert:

“There’s an old saying about those who forget history. I don’t remember it, but it’s good.”

In the same way there are many things Nigeria can learn from its history. Ironically we don’t remember them…but we swear it’s good! Let’s remember our history…

This entry is an excerpt from the upcoming book How Intelligence Kills: A Critical Look At Our Dangerous Addiction To Religion, Intelligence and Respect.

Ofili is an author who blogs about life, success and entrepreneurial excellence. Follow him on Twitter , Facebook or subscribe to his blog for more honest talk! To bring Ofili to your school or organization as a speaker simply go here. His third book is titled How Intelligence Kills Us and will be coming out in the second quarter of 2013 (he hopes). To read his other books for free on your android phone go to http://bit.ly/freelaziness

Why did Julius Agwu get in Trouble in London? Watch this Video for the Scoop