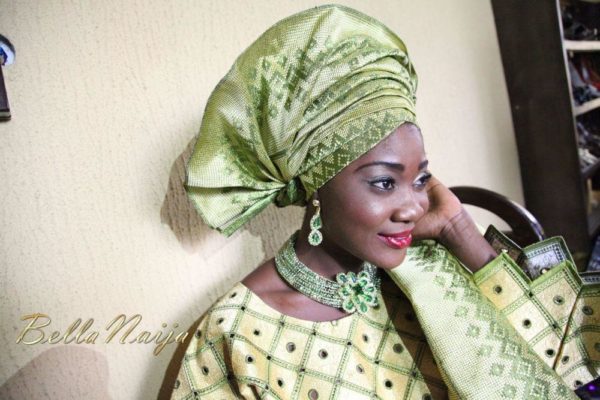 Since Nollywood actress Mercy Johnson became a mum, she’s been on hiatus focusing  on motherhood. But, it seems she won’t be away too long.

So, while we faithfully await her re-emergence, the Africa Magic crew decided to get us a little sustenance for the time being. In an interview with them, the star dished a little bit about motherhood, family life and an ‘upcoming reality TV show?’ Here’s what she said.

We haven’t heard from you since you’ve had a baby, how is motherhood treating you?
Motherhood is great, it’s so magical and special. Taking care of my child and spending time with her is inexplicable and fun.

Any plans to have any more children in the future?
Yes of course, once Purity is a year old, labour room here I come again.

You’ve been abroad for a while, do you have any plans to take over Hollywood?
I don’t live abroad, I’m a Nigerian based in Naija. I only went to the US to have my baby.

There’s a rumour that you have a reality show coming up, is it true?
I love the Hollywood dream too but I hope and wish we could bring Hollywood home to Nigeria but, there’s no reality show for me unless Africa Magic is offering me one. My husband certainly won’t buy into it because he is too private. So what’s a reality show about Mercy Johnson Okojie going to be like without him?

Tell us a bit about who Mercy is when she’s not on our screens?
I am just a girl next door, actually, woman next door. I’m calm, humble, hard working and positive about everything life has to offer.

I wonder what a reality TV show with Mercy Johnson would be like. Well, I guess we’ll never, or will we? Either way, we wish Mercy Johnson the best in her future endeavours and hope to see her in new roles on our screens sooner than later.

Related Topics:Mercy Johnson Okojie
Up Next

Deola Sagoe says “Lagos is a City of Discovery”, Governor Fashola says “Lagos is Home”, What is Lagos to You? | Watch “Lagos: Africa’s Big Apple” Documentary