Wizkid was reportedly involved in a serious car accident in the early hours of this morning, 15th June, 2013, around 3.30am. It was reported that the accident occurred in front of Oriental Hotel, Lekki and was caused due to a burst tyre.

With details are still sketchy, Wizkid has been confirmed to be alright as he’s currently undergoing a few check-ups at his medical care centre to verify that no one involved got injured.

Star Boy took to Twitter to show his relief at his survival. Check out photos from the accident below. 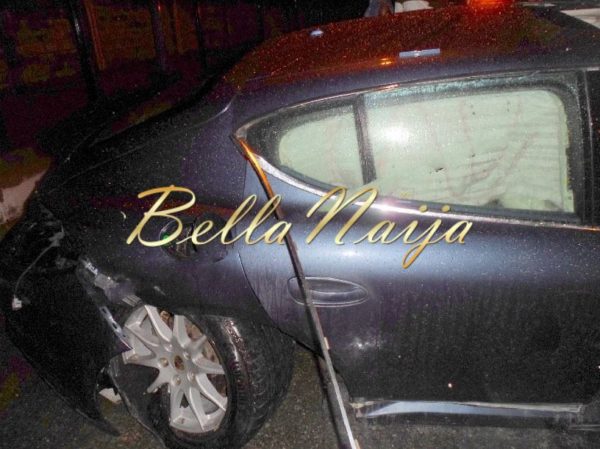