From a Man's Perspective! Mastering the Art of Rejection 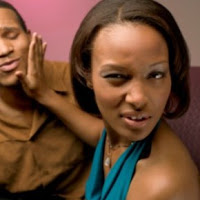 Sometimes it’s obvious and it’s a package shaped exactly like the present inside (I mean there are only so many ways in which you can wrap a bicycle) or sometimes it’s a massive box.

Now a massive box could be hiding anything. Perhaps it’s a flat screen TV or perhaps, as I discovered last Christmas, it might be an Amazon gift voucher with A LOT of bubble wrap. An amusing anecdote to deliver later perhaps but not so great if all you really wanted was a flatscreen TV.

A woman is sort of like that. If they’re desperate, they’re the bicycle or if they just happen to have a knack for sending mixed signals, they’re the Amazon gift voucher with lots and lots of bubble wrap.

Now there’s only one way to deal with the disappointment of receiving a misleading and disappointing Christmas present: pretend to be the happiest little chipmunk that ever lived and thank the person for making you wait yet another year for your dreams to come true. It’s not like you spent the last few months excited about what you thought would be the perfect Christmas present or anything like that. No biggie!

The giver can usually tell that you’re disappointed regardless of your Day-Lewis-esque acting capabilities and will look to diffuse the awkwardness of the whole situation as quickly as possible. They could do this in a number of ways. They might offer an explanation as to why this lame present is actually very cool indeed. In the case of women, they might tell you that you’re their best friend and they don’t want to ruin what they have with you and you know all that BS. This is similar to someone explaining to you that although you didn’t get the WWE 2K14 (that’s right…I’m a WWE guy), your brilliant new sweater would come in extremely handy during the winter months.

On the other hand, the giver could always go for the classic “I still have the receipt if you want to exchange it” line. This is similar to a girl telling you that there are many more fish in the sea and, in fact, she could be a wingman of sorts if you needed any help. In this scenario, she’s merely trying to throw you off her tail. Trying to make a compromise if you will.

A compromise is not quite the same though is it? She’s basically saying that she doesn’t care enough about you to give you a nice present but she’ll give you some money to get something else:

Something pretty! Something desperate! Something different! Essentially anything that’s doesn’t involve her.

Half (okay I exaggerate….a quarter at most) of the joy of receiving a Christmas present is knowing that the person who gave you the present actually cares enough about you to make the effort to figure out what you’d really like.

I mean at this point, what’s the point? If you had wanted to ask someone else out you would have done so already. If you had wanted WWE 2K14 so badly, you’d have bought it yourself (I am pre-ordering it as we speak…can’t leave such things to chance). No, what you wanted was the joy of tearing apart the wrapping paper and realising that all of your expectations were fulfilled.

If over the years you get enough bad presents, eventually you condition yourself to not get excited about Christmas at all. Disappointment is a powerful emotion kiddies. Try not to become too skeptical though. In some cases, we really don’t know what we want and sometimes presents are blessings in disguise. That’s probably the best way to look at it really. I’m not entirely convinced this is true but it makes me happy sometimes to think it is. Even if it’s not true, the mystery and the build up is worth it though. I’d rather be someone who feels something and gets nothing than someone who feels nothing and gets a bike.