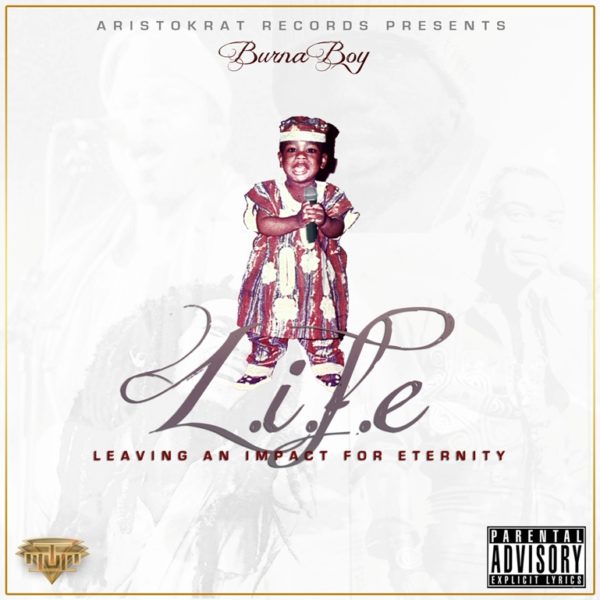 I don’t know about you but a lot of us have been impatiently waiting Burna Boy‘s debut album “L.I.F.E.” – an acronym for “Leaving an impact for eternity”. With such mega hits as “Run My Race”, “Tonight”, “Always Love You” and “Like To Party” slated to be on the effort, who wouldn’t be excited about it.

The 16-track album slated to drop on 12th August, 2013 and features production from his go-to producer Leriq as well as guest appearances from some of the biggest in the industry like Wizkid, Reminisce, M.I, and Olamide.

The L.I.F.E album experience comes in three folds “Street”, “Original”, and a deluxe edition, with each edition containing extra surprises for its listeners in addition to the original experience.

The release of the album would be greeted with album release parties, CD signings, an international tour and concert in December 2013. Full Album Track list, and more information will be communicated shortly

What do you think about the album artwork? Are you excited for Burna Boy‘s debut? Which collaborations would you have loved to hear on the new album?