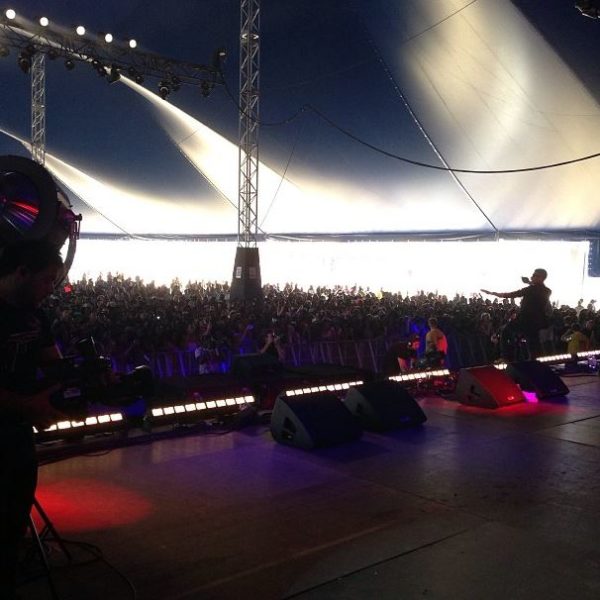 The Wireless Festival is still on-going and the Star Boy Wizkid is performing to a huge crowd of raving fans.

Back in May 2013, we announced that Wizkid was slated to perform at this year’s Yahoo! Wireles Festival taking place at the Queen Elizabeth Olympic Park, London {click here}. It starts from today, Friday 12 July until Sunday, 14 July, 2013 and he will be performing on the same stage as some of the biggest music stars.

Check out some fan videos from his performance!

The view from the stage

The view from the fans