"You Can Never Go Wrong With Real Estate" | African Music Star 2Face Idibia Talks Going Back to School, Marriage, Not being a Role Model & More 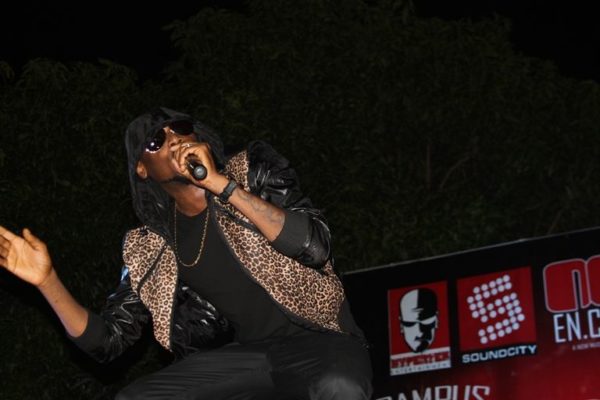 Over the past few weeks, the man commonly referred to as a ‘contemporary Nigerian music legend’, 2Face Idibia has been on tour. Having concluded his university campus tour, he went off to the USA for some select shows out there and then he’ll perform in the UK before he ends his sojourn in other African countries.

So, it’s safe to say that 2Face is a very busy man right now. Nonethless, he was able to drop by for an interview with Sam Umukoro, where 2Face Idibia caught us up with what has been going on with him since his fairy tale wedding with Annie Idibia.

On the Nigerian Music Industry of Today
The industry is ripe, a lot of things are happening, many people are getting involved now, and many are interested in artist management now than some years ago. We have more entertainment lawyers, more promoters, and more people that are interested in music business now than some years ago. So the industry is growing.

The quality of music and videos and the sound have tremendously improved. The talent has always been there, but these days you find that it is more of packaging than talent. Although, even with talent, you still need to package the product, but it is more of packaging now. I listen to a lot of music these days and you find that it just a few of the artistes today who actually have talent for music, majority is just packaging. But the thing is, entertainment is about entertainment, you know, it’s allowed. Understand what I’m saying?

One thing about entertainment, music especially is that beyond talent, which you definitely need, you also need good management, good character. A lot involves making that talent work.

On the qualities he cherishes most about his wife, Annie
I have known her for a long time and for me she has a gentle heart, a good heart and that was the major quality that attracted me to her.

On 2Face staying faithful in his marriage
The day I decided to go public was the day I gave my privacy away. It’s only natural – if you put yourself out there – that people are going to say different stuff, even when it’s not true. You laugh if you hear the funny ones; you are surprised when you hear the malicious and wicked ones. But what people think about you is none of your business, it’s their business. So, na their headache if dem dey worry. I just look at it and say, ‘okay oh, na you be the police na’ (laughing). I just try my best to be a good person, you know.

On Being a Role Model
If they say I’m not a role model, so be it. Let them not follow my footsteps. Let’s leave it like that.

On Being a Father
It’s not easy. Sometimes, it is painful, especially when you don’t get to see them as often as you would wish to because of work. Today I’m here, tomorrow, I’m there, sometimes for weeks, months; plus the fact that they have different moms… I didn’t plan for it this way, but it happened and I have accepted it, no shaking. My plan was to have a wife and then have children. Something happened along the line, but I didn’t run away from it.

On his business endeavours outside of music
The funny thing is [I am involved in] everything, but I’ll just say real estate. Somehow you can never go wrong with real estate, man.

On going back to school to study Law
Yes, I want to do that. I can’t say when exactly, maybe in the next two or three years? But I’m definitely going to do that.