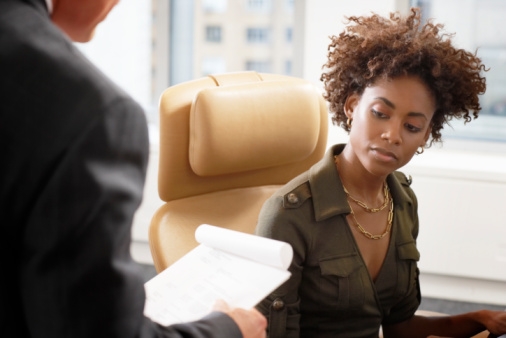 “Man is a political animal” My political science lecturer repeated so often, I thought I understood it. Like most students, I gauged my assimilation by my examination results-after all, scoring an A could only mean one thing. However, it wasn’t till I went on IT (Industrial Training) that I began to get the need for emphasis.

You see, I was favoured enough to spend six weeks working in the IT (information technology) department of one of the top banks (at the time) in Nigeria. The bank had recently merged and so the staff was still a little unsettled and of course, everyone was tense. As a newbie, it took me about a week to notice some undercurrents.

From the killer looks they threw at each other to the mid-day group chats held in whispers; something was definitely wrong – even to my inexperienced self.

In the ensuing weeks, I came to understand the demarcations; there was the Igbo faction that had come from the parent company, the Yoruba faction who were wholly unhappy about the merger, the loyalists to the present management and like every good political story-the rebels/non conformists who either did not have the qualities necessary to belong to any of the groups or those who really could not be bothered to take sides.

In the very short time I was there, I witnessed many battles though I cannot tell you which side came out on top and by the time my internship ended, I had learned a great deal, perhaps not what my lecturers hoped I would learn but experience all the same.

Now years later, I have revisited that time many times in my mind and laughed at how naïve I was. I was naïve mainly because I convinced myself that office politics was central to Nigeria because of the many tribes vying for superiority. I had secretly nursed the belief that working in the west would surely be different-full of truly transparent people, void of favouritism of any sort. Oh boy! Now I know how wrong I was.

In the years I have worked in London, I have reached a new level of understanding that as long as organisations are made up of people, then politics in the office is here to stay. There will be attention seekers, boot lickers, plus the odd office relationships that you can’t quite describe.

If you are not sure of what I mean by ‘Office Politics’ , I am referring to the power play at work that resulted in you being overlooked for that overseas trip you wanted so badly but your manager’s wife’s cousin was sent instead even though he just joined the company. Ah ha! I know you get it now.

A colleague recently described ‘Office Politics’ as strolling through a mine field at high noon, in Mogadishu where the possibility of being blown up is 99 percent. To reduce the risk of that happening, here are 5 steps to help you manoeuvre gracefully through a volatile terrain:

Be Focused
Never forget that your reason for being in your company is to work! Some people make the mistake of believing that it doesn’t matter whether they do their work well as long as they are good politicians. Wrong! Playing your cards well may save you for some time from the consequences of non-performance but it won’t shield you forever. What happens when power changes hands?

Be Respectful
Treat everyone with respect no matter the conditions. Be cordial at all times to ensure you don’t set yourself up to bear the brunt of whatever is happening in the office. You may be suffering some unfair treatment and keeping your ill-feeling may be very hard but try to avoid aggravating the situation by acting how you feel.

Be Passive but not Neutral
It is important that you never deceive yourself that you are not part of the play. In war, many of those killed or properties destroyed are collateral damage. That is they were not directly targeted but fell all the same. So although it seems like a good idea to feign ignorance, it is not exactly a good idea. Apart from the fact that unlike Switzerland, you will find it incredibly hard to stay neutral even when the politics in the office is not affecting you directly, you do not want to end up as collateral damage. Ironically, not taking sides is being on a side already.

Be Alert
Keep your ears and eyes open at all times. Don’t be caught snoozing. However, while you are keeping those 2 organs open, please keep your mouth shut! You don’t want to be quoted in the wrong party house or morning assembly. Remember, whatever you say will be used against you.

Be Wise
I am a strong believer in thinking things through before taking any action. Although it is very hard to do in the face of challenges, you will stand a better chance of moving forward when you can remove all emotions and examine things objectively… If it helps, you could use a friend as a sounding board to help you analyse and strategize. Make sure the friend is solely independent of your situation. You don’t want to be influenced by third party bitterness. Avoid anything too drastic though because from experience, situations in the office turn around so suddenly and you don’t want to be caught mid swing. In all things, wisdom is profitable to direct.

We would love to hear from you about your good or bad experiences with politics in your work place? If you have any survival tactics of your own, please feel free to share them with us.

Kome Olori Agulonu is a writer and trade finance analyst. She is also the CEO of Chunky Jewels, a brand of unique, African inspired costume jewellery sold online in the United Kingdom. You can read more of her writing on her blog: www.shedarestosucceed.com Connect with her via twitter @komeolori or email her at [email protected]