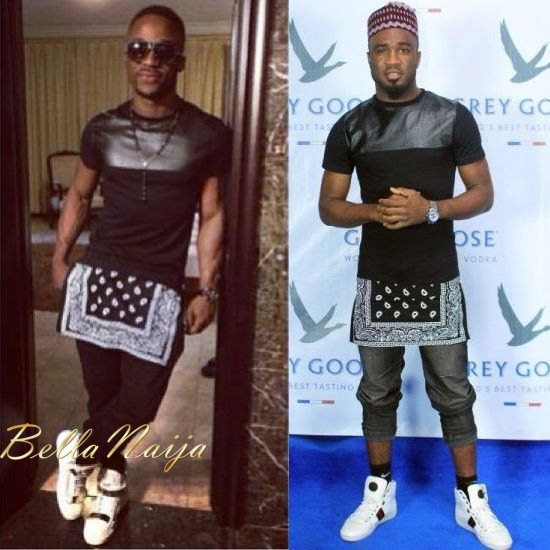 Today we have gents. Music superstars Iyanya and Praiz go head-to-head in the same look, barely a day apart.

The MTN Project Fame West Africa alumni wore a black body hugging shirt with a black-and-white paisely print bandana which they wore as a skirt. The R&B star rocked the shirt and the bandana skirt with jeans which he pulled up, white sneakers, a Fulani cap and a silver wrist watch. 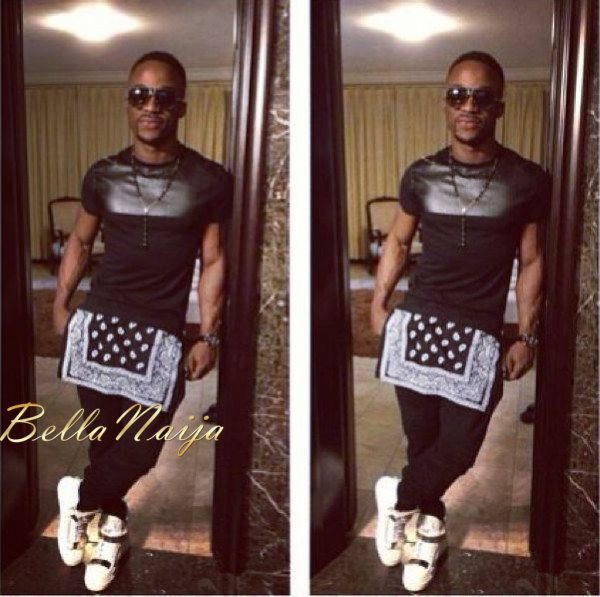 Hours later in Accra, Ghana, Kukere master Iyanya was seen in the same shirt and bandana skirt at the Soundcity Premium Party on Sunday 18th August 2013.

Iyanya styled his look with a black rosary, a black wrist watch, black pants and a pair of white Giuseppe Zanotti sneakers also seen on D’banj and AY.