Toolz' Thoughts: The Back Up Plan 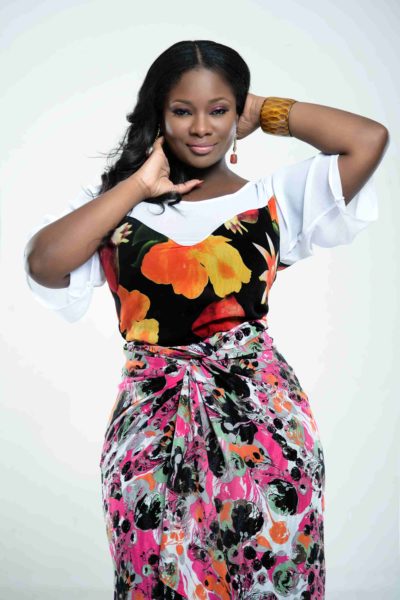 A recent dinner out with friends turned into a heated debate that I ended up having to referee. The topic? Whether it’s okay to have a ‘back-up’ or not. To protect their identities, and most importantly to make sure said friends don’t rip me to shreds when this gets published, I’ll call them ‘Funke’ and ‘Stephanie’.

So Stephanie is a hopeless romantic, and thinks once you are in a serious relationship, you should be 110% committed to that person, have faith things will work out, and get rid of your ‘in case this doesn’t work outs’ and ‘in case of emergencies’ – essentially you should put all your eggs in that one basket and not have a back-up plan. However, Funke (the realist/pessimist in our group) thinks that until there’s a ring on your finger, you should always have a back-plan.

According to Stephanie, having a ‘back-up’ takes away from your focus, which should be solely on your relationship. If things don’t work out – you grieve if you have to, pick yourself up, move on and start dating again. There’s no need to always have a guy on standby because rebounds rarely work out anyways.

Funke, on the other hand, was adamant that any smart woman in this day and age should know that almost all guys mess around, so you need to spread your net (excuse the pun) a bit wider and be ready to sort through the bad to find the perfect guy.

As the debate/argument continued I realised that both of them had very valid points. Let me start with Funke – we all have that friend, aunty or even a parent that says ‘Don’t put all your eggs in one basket o, make sure you have options’. It’s advice that I’ve been given before, and in Funke’s case advice she wished she had listened to. Funke had been dating – let’s call him Femi for about 3 years and was quietly praying and hanging in there for a ring. On their 4th year anniversary, frustration got the best of Funke and she ended up telling Femi that if he had no plans to propose to her within the next year they should end things. He said fine, and they broke up. What Funke wasn’t expecting was that Femi would have a new girlfriend in just a few weeks. (The new girlfriend was Femi’s ‘very close’ work colleague). Needless to say Funke was devastated and was borderline suicidal when they got engaged a few months later. After investigating diligently like an FBI agent on a murder case, Funke found out that Femi’s new girlfriend had been on the scene for a little while now. I wasn’t aware of her investigations till she sent me a message saying ‘Angela (Femi’s new girlfriend) was his back up!’ Two years on, Funke is still quite sore about the Femi/Angela issue, and is convinced that she was stupid for not having a ‘back-up’ herself.

As I continued to referee the debate/argument, I realised that I still wasn’t sure who to agree/disagree with – Funke’s ‘contingency plan’ did kinda make sense, but wait, what are the ‘back-up’ plan rules? How long into a relationship should you hold on to your back-up? If your ‘back-up’ finds someone else, do you shop for another? Most importantly what should the relationship be like with the ‘back-up’? As Stephanie later pointed out: It’s almost impossible to keep the ongoing relationship between you and a ‘back-up’ platonic. How many guys are would be ok staying in the ‘Let me just keep you here in case this doesn’t work out’ zone with no ‘physical contact’?
I asked some work colleagues, and got some very interesting answers.

One said: As a woman you should always have other options, even when you are in a serious relationship – for your ego and to keep your man on his toes. Guys can be quite absentminded, and forget that their woman needs to be complimented by them. So you need to have your ‘hummers’ – the guys that buzz around you and boost your ego…but never sleep with them.

Another said: Have a back-up or two but never ever let your man find out!
After thinking about it on the way home, I found myself agreeing more with Stephanie, as Funke’s philosophy of dating someone and keeping someone else happy in the ‘back-up’ zone seems quite exhausting and messy.

21 Year-Old Best Graduating Student of Covenant University Michael Eromhonsele speaks on his Undergraduate Experience & His Journey to the Top!