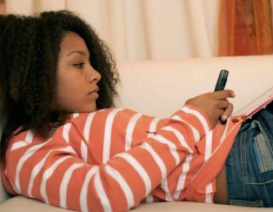 It is a common occurrence these days to be labeled an “apologist” on Social Media. It does not necessarily take much skills or knowledge to be quickly boxed up in a particular end of the number line. All it takes is for you to voice out your very own opinion on any political issue or if none exists, subtly push the current issue of interest towards a possible political implication.

According to the famous Wikipedia, in basic mathematics, a number line is a picture of a straight line on which every point is assumed to correspond to a real number and every real number to a point. Relating this definition to the ever blazing social media conversations on the pros and cons of PDP and APC (now that APC is finally registered!), a political number line can be said to be any school of thought in the virtual political world on which every social media user is assumed to either accept or reject with reference to their assumed apologist inclination.

Social media allows you to voice support and participate actively on any conversation as long as you know the context and can provide relevance to the entire conversation. Take for instance the moment APC was finally registered; one would assume the application for membership was online via twitter. Also with just one tweet in favor of APC, one automatically became a member or one with another against APC, you become a PDP Apologist.

I am unrepentant in my optimism about the future of Nigeria as a nation and in ensuring that I do not get carried away in the attempt by folks to box me by virtue of my conversational ideas into a quick PDP cum APC inclined stance, I find great pleasure in speaking my mind notwithstanding the general acceptance (Social media gives you a strong voice in such circumstance). I recently got a heartfelt message from a connection on twitter urging me to desist from being a PDP apologist, reason being that my tweets are always seemingly optimistic and may be inclined towards the PDP tilt on the virtual political number line. He went further to intimate me of my subtle plan to always be relevant and dramatic by being anti APC.

Now, this is entirely his perception based on his understanding of my continued conversational style. I was quite amused at his thoughts because, frankly speaking, assumed relevance for anyone who is a frequent twitter user can easily be sought by applying any of these two strategies:

I can fully understand the ever hurried attempt by youths in labeling people. This can be blamed on anything ranging from frustration, children of anger philosophy, flowing with the current trend, fear of being un-followed on twitter and even fear of being labeled by fast-typing twitter users. One still wonder though, if the state of the nation is contributing to the “labeling”; insecurity, corruption, unemployment, ASSU Strike etc. Do I have any reasons to be ashamed of the assumption that I am a PDP apologist? No! Am I a PDP apologist? No!

Now beyond the PDP and APC divide, there exists an Afterparty. This Afterparty may come in 2015 or even earlier depending on the swing of the political pendulum led by many young people who may not be social media users, but very politically active. Young people, who are ready to vote, protect and lobby for their candidates to win. 2015 is an important date in Nigeria and globally as the MDGs will be replaced with another “Development Goals” but what remains important online and offline is the power of key-boards and ideology; the ability to connect both is the power of the social media After party. Knowing what I know about the positive impatience of internet-ready Nigerian youths, Twitter Hashtags will spring up and champions created with the turn of events.

Whatever happens before 2015 and post 2015, one thing is certain; Social media will remain an active force in empowering, mobilizing, connecting young people online and offline for political consciousness and participation.  Beyond PDP and APC, social media will shape the Afterparty, led by many young people ready to make a difference.  Long live Nigeria and most importantly, long live Nigerians.

Who Will be Crowned Miss Earth Nigeria 2013?! Meet the Bikini Clad Finalists