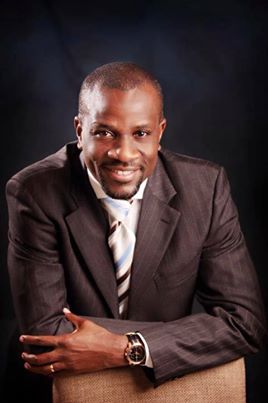 One of my first assignments when I started working at BellaNaija was to oversee a feature that had been conceived before I resumed. However, there were a few glitches stalling the eventual execution and subsequent delivery. We wanted to do a piece on the idea of marriage, but from the other end of the spectrum – the male perspective. I took on the project with the gusto of a newbie until I realized that not many people actually wanted to tell their story on a platform as public as this. I’d say “Hey, do you want to share the story of why you finally decided to get married on BN?” and I’d get a response like “With pictures? Ah! No oh. People drop horrid comments”.

I was at my wits end and anxious to deliver results to a new employer. The weekend came and I was at home with my friend, Ati and her family. They wanted to hear how I was enjoying the new job and I lamented that there was this super fun idea I was supposed to work on and I’m hitting a stone wall. Then, Ati said, “Ahn, ahn.. see plenty couples here now. Ask Brother Deji or even Mr. Tubby. They’ll do it now.” Facing her brother, she said “Ngbo, sh’e ma so story yin ni BellaNaija?” (Will you tell your story on BellaNaija?). Brother Deji laughed and nudged his wife, Ese and said, “She wants us to tell our story on BellaNaija“. Ese agreed, on one condition, that I would put a pretty picture of her up. That was the easy part because she always looks pretty. A few days later, Brother Deji had emailed me the responses to the questions along with one of the several photos I took of them that Saturday afternoon. {You can read their story here if you missed it}

This memory is one of several that I have recalled in the last 5 days since I heard about the crash of the Associated Airlines plane that was heading for Akure. Our Brother Deji, whom we fondly called “Honorable”, was on that plane and he did not survive the crash.

On Thursday morning, at about 9am, he sent a Blackberry message to his wife telling her that he had boarded; she responded and wished him a safe flight. By 5pm that evening, the news was delivered to her that her husband, best friend and father of her 3 beautiful children was not going to come back home to her.

As I type this piece, I find it incredibly difficult to accept that he is really and truly gone. I usually say to my friends that I’m a veteran at this death/grieving business. I say to them, all the time, that I really should start holding grief counseling sessions because I have walked this road one too many times. However, tragedies still find a way of knocking the wind out of me. {Please read my piece – Visiting the Bereaved 101 here}.

Why are we here? Why do bad things happen? What is the essence of life? Why are we born if we’d have to die? Why do we have people who we love so much, so deeply, so truly and then have them taken away from us so sharply? In the midst of these questions, I got news that my darling S.E.C has a healthy baby girl. I’m gutted but I have to find the strength to rejoice with her because it is truly a magical thing to bring life to this world. And just like the mystery of death, I have no answers for the beauty of life creation.

As long as there are births, there will always be death. It may be difficult for us to deal with but it is part of the circle of life. So when we leave, what kind of memories are we going to leave behind? What lives would we have impacted positively?

I’ll close today’s piece with this. Deji Falae was very passionate about Ondo State Tourism and Culture. I know this because we worked together trying to put together all the information about the different festivals and activities that make up the rich culture of the state in a nice glossy magazine. He was making a difference in the role he was asked to play and he was working hard at it. I don’t have any illusions or disillusions of living till 90, heck I don’t even know if I’ll be alive by the end of this week; but one thing I do know is that I’m working hard to leave an indelible mark of progress on my area of influence. I’ll encourage you to do so too. It doesn’t have to be a grand gesture, just make your time here count guys.

Have a great week ahead. Be good, be strong, be positive.
Peace, love & cupcakes!
Toodles!

This piece is dedicated to the loving memory of an amazingly kind man with a heart of gold – Deji Falae. Sun re, Olu Omo. Sun re!

Busola Obayomi: The Gift of Charisma