Looking back at Felabration 2013, it was one of the biggest events in Nigerian music this year as all the stars brought their A-game. Speaking of A-game, so did ace rapper Vector who was brought on as a surprise guest for Seyi Shay‘s performance.

After he rapped his verse for “Irawo Remix”, the dapper rapper shared quite a passionate kiss with the songstress and we’ve got the exclusive footage for you right here. Check on it!

It’s a small kiss, I know, but the affectionate gesture made me wonder – could there be something extra special going on between these two? After her performance, Seyi Shay took to Twitter and hinted us a little bit more. Check this!

If “[Love] u even after final curtain call” isn’t a hint enough, may be this will add a little sugar to the juicy gist.

Group photos were taken at the media parley event and guess which two people are right in the middle – Vector & Seyi Shay. And, even with the hunky D’Banj right next to her, who does she lean on – Vector.

Okay, my amebo is done here. What do you guys think? Are Seyi Shay & Vector an item? Or, do they just have a ‘work’ relationship? Do you think they would make a cute couple? 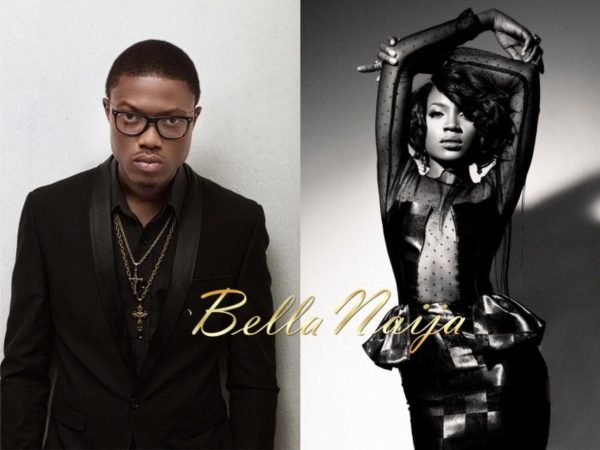