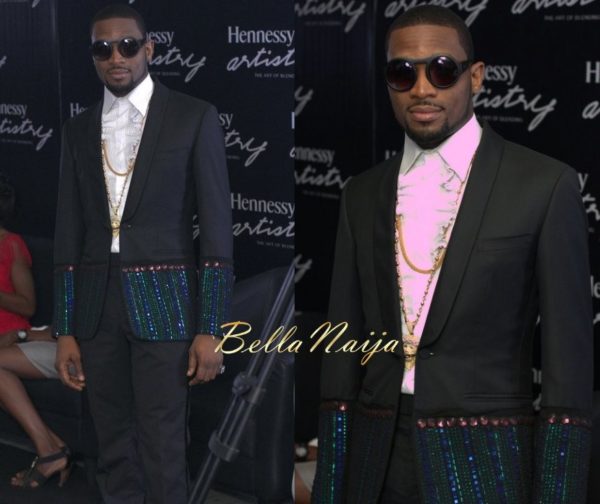 They don’t call him BANGALEE for nothing.

Music superstar D’banj was at the 2013 Hennessy Finale which took place on Saturday 19th October 2013 at the Federal Palace Hotel, Victoria Island, Lagos.

The Koko Master was the headlining act of the show.

D’banj took to the black carpet in a custom black blazer with uniquely designed and placed crystals.  According to a media rep for the show, the single button blazer costs over 1 Million Naira and was sent in from the United States.

He completed his look with a white shirt, gold necklaces, dark shades and black pants. Are you loving the look?

Keep refreshing BellaNaija.com for all the photos from the event.

“It’s all About Hair & Keeping it Kinky”! View Photos of Celebrity Hairstylist Felicia Leatherwood & Others at the Natural Hair Month Event in Lagos