Spinlet ‘Fires’ up its Digital Music Platform with the Launch of its New Music Download Site | Ice Prince's "Fire of Zamani" Album Available on Spinlet.com 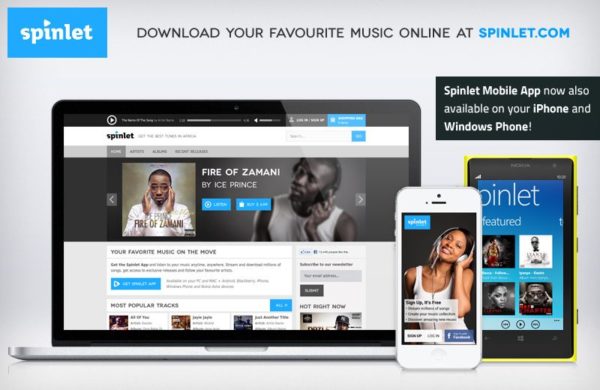 On a mission to make music fully mobile, affordable and heard, digital entertainment company, Spinlet has launched its highly anticipated Spinlet Music Download site which is now accessible on all Macs, PCs, tablets and smartphones.

Using Active Rendering Technology that is responsively designed to automatically adjust to any screen size, the download site optimizes the user experience, ensuring it will become a firm fan favourite. The first issue of the service, available from today, will allow consumers to buy tracks and albums, while Spinlet’s streaming platform is projected to come online before the end of the last quarter of 2013.

To complement this launch, the company is releasing an updated user interface for its existing mobile apps – Android, Blackberry, iOS, Windows Phone and JavaME – with better content discovery and a smoother payment flow.

Underpinning the important influence Spinlet is having on the global African music scene, popular Nigerian musician Ice Prince, has also chosen to drop his sophomore album exclusively on the Spinlet platform today, Monday 28th October 2013, titled “Fire of Zamani”. Ice Prince follows up a successful debut album in 2011 with another stellar production. True to his roots, he fuses a variety of African sounds under his trademark hip hop beat. 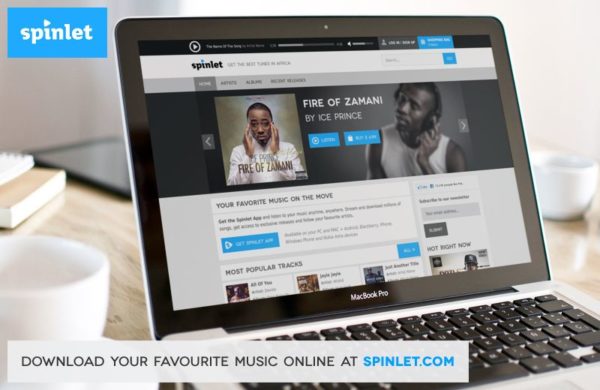 About Spinlet
The digital entertainment company was founded in Finland in 2006, and was acquired by Verod Capital. It moved its headquarters to San Francisco in 2011 and opened a marketing and distribution office in Lagos, Nigeria where it has been welcomed warmly by enthusiastic fans and musicians alike.

In the short time it has been operating in Africa, Spinlet has established itself as a serious player in a highly competitive market. “As smartphone and broadband penetration increases and data costs reduce across Africa, we have noted that the appetite for the type of entertainment services which Spinlet can provide has significantly increased” says Neil Schwatrzman, Group CEO of Spinlet. “This has endorsed our decision to target emerging markets in Africa where we can help build local music artists not only for their home-grown audiences but also reaching out to the Diaspora across the world. We look forward to seeing similar levels of enthusiasm from every market we enter”.

One third of global industry revenue was derived from digital music in 2012, (according to the IFPI, the organisation that represents the music industry worldwide) and this is set to increase year on year. With this in mind, Spinlet has chosen the perfect time to enter the market in Africa as the desire for African grown music continues to expand.

Focused not only on providing music, Spinlet also gives music fans what they want, when and how they want it. This, and the fact that its focus is on growing new music artists and sharing revenue with performers, is what makes Spinlet such an attractive and unique proposition.

Spinlet is uncovering new music talent every day thanks to its ‘Spinners’ – the girls and guys on the ground who are sourcing and recommending new artists and sounds and crowd-sourcing relevant and desired content. Through Spinlet, it is only a matter of days from being discovered to having the music registered on the platform. The loyal fans can then download the track and they can also then share with their friends. Because the medium is digital and global, African music is being shared not only with the diaspora but also with a growing and ever more appreciative worldwide audience that’s hungry for new sounds or a reminder of home.

As a result of the interest – and close to 700,000 registrations to date – Spinlet now holds the single largest catalog of African music and local music artists, complementing its international library. The entire Spinlet catalog is now available on both the download site (www.spinlet.com) and mobile app (available in their respective app stores).

To round out the package and to ensure secure payment, helping to overcome any hesitancy to transacting online, Spinlet has partnered with reputable third party payment gateways and does not hold clients details. Because the service is extremely versatile and affordable and is promoting and growing local music industries wherever it operates, it is also helping to combat rampant music piracy.

BN Download: Kick-Start Your Monday With “DJ Gunzee In The Mix – Week 4″