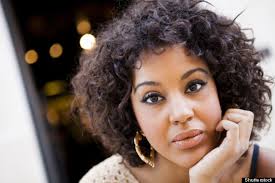 Walking home afterwards, Adaeze was surprised that everything seemed so normal. The sun was still shining, people were still walking up and down, the regular hubbub of a bustling city continued around her with no ebb.

She reached within her for an emotion. She looked for anger or even pain, but all she felt was emptiness. This puzzled her, and she had seen the same puzzlement in his eyes as he waited for recriminations and got silence in return. What was there to say? For her to be angry at him, it would have to have been his fault. But was it his fault when she had decided to stop by his house on her way to the market – just to greet him she had said to herself. Was it his fault that when he had offered her a seat and then a drink, that she had ignored her earlier set visit duration of only 5 minutes and settled down? Was it his fault when he had told her how attractive he thought she was and she had smiled in shy acceptance of his statement?

She would like to say that what happened had been totally unexpected but maybe she was hoping that this would happen when he came to sit beside her. And even if she was ignorant at first, she certainly wasn’t ignorant when he started to kiss her. She had curved her neck and closed her eyes as his kiss burned fire down her body.

She had started to become alarmed when he pulled up her skirt, had started to struggle as he pulled his boxers down – had he been wearing only boxers all along? When her struggles didn’t move him she had started to beg; hating herself for the pleading note in her voice as she told him “Osas, I’m not ready for this, I don’t think I’m ready, I don’t want this” and then “Please stop Osas, please”. She had realised what was happening when without a word, he had bent her over the bed in the room that she used to think was so beautifully decorated and then spread her legs apart. Hating herself even more she had asked quietly “Please use a condom”.

He had turned and gotten a condom from the bedside table. A part of her mind marvelled at the fact that he was able to roll it on using only one hand while the other held her down. As she recognized what was happening, this same part of her mind took over and turned it into a movie. She stood there numbly, moving her feet farther apart when he nudged them, bending her head lower as he pushed it, grabbing for balance with her elbows as his thrusts threatened to knock her off her feet. She wondered absentmindedly how long it was going to take and tried not to flinch as his hand pushed her bra aside to fondle her breasts.

He had collapsed on her back when he was done. And she stayed there, waiting for him to lift himself off her body so that she could pick up her dignity together with her underwear.

No words; she had put on her underwear, straightened her clothes and then picked up her bag in total silence. When he offered her the latest season of the series she had talked to him about previously; she had collected it silently and asked herself if this was the payment for what had just happened; her compensation.

That was when he asked her if she was angry. She had shaken her head quietly. Why should she be angry she asked herself, when it was she who had brought herself to his home?

Adaeze figured that she should be angry; she had read all the literature. It’s not your fault they blared. Was this the case if the girl had been hoping for it she wondered? Probably not. The right to anger was for the ones who were ambushed by random men on their way home; for the ones who fought and screamed and scratched and left their assailants with reminders of the encounter in the form of angry welts and bruises. Not for people like her; for people that stood there numbly, for people who accepted it quietly; this was all her fault.

As she walked home, Adaeze reflected on how normal everything still seemed. She was supposed to feel shattered, empty, angry. All she felt was cheap and worthless and very very stupid.

She still felt perfectly normal when she walked into her bedroom; still perfectly normal as the tears began to stream down her face. As she curled up in a ball and cried her heart out, she couldn’t for the life of her figure out why she was crying.

Yes, He Testified! Obiwon Brings the House Down at the Gold Water Concert in Lagos | Photos & Scoop