Georgette Monnou: Age is Nothing But a Number 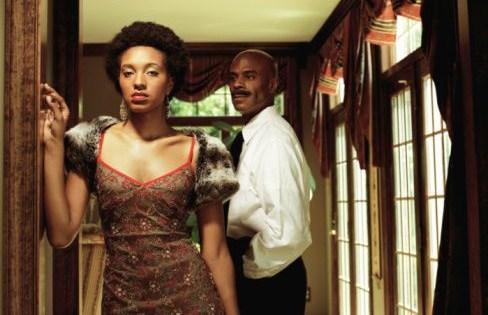 I have asked myself this time and time again. Does the age of your partner really matter? I used to think that it didn’t matter and that at the end of the day what matters is love. However, a friend of mine told me a little story.

She asked, “How would you feel if friends and family keep whispering that he is too old for you or you are too young for him. One friend in particular said to me, “What is a man that old, looking for in a young girl like you.” My stubborn nature precluded me from giving in. I insisted that it didn’t matter, we were happy and we loved each other. However, the age gap did start to matter, not just to our families but to me. He wanted kids in five years and that was not something I could not see in my foreseeable future. I love kids don’t get me wrong, but I am still young, I hadn’t even lived life properly. I was and still am discovering myself: my likes and dislikes, my moods, my interests. He enjoyed my company, was dazzled by the fact that I was more mature than girls my age. We could talk about current affairs, have serious conversations about life, how we wanted to raise kids. I liked the fact that he was mature, a lot more mature than most guys my age. But at the end of the day who knows what was really on his mind. He ended up showing his true colours and didn’t speak about us committing fully to ourselves because he had a lot on his plate; typical guy. Then months later he came back to tell me that he made a mistake and he wanted me back. That time apart however, allowed me to think. We were in different places. Our life plans didn’t add up. He wanted kids soon and I didn’t, although I was looking for a serious relationship, thinking about kids and all that was too much for me to bear.”

Analysing her story one could argue that she should have given him a chance, after all they were compatible, and she would have probably changed her mind later on about when she wanted kids, or he could have waited until she was ready. But the age difference and the stages in life that they were both at didn’t marry. Conversely, one could also argue that they could have worked if they both had similar life goals. If he didn’t want to get married for another five years, and then have kids in another three, that would have given her time to assert herself. Ultimately concluding that age is nothing but a number, it all depends on the circumstances that people find themselves in.

I know many girls have stated that they would never date a guy younger than them, but what if that guy was mature and sensible. Yes, he liked to smoke shisha and yes, he loved playing video games, but don’t most men? He had a decent character and so far has proved to be a wonderful guy. Would you not give him a chance just because he was younger? Although Aston Kutcher and Demi Moore did not work out, how many celebrity marriages ever do? Contrastingly, thus far, Dare art Alade seems to be happily married; he seems to make it work, so why shouldn’t you?
I guess what I am trying to get at, is that there are always exceptions to the rule. Do not allow yourself to miss a great opportunity just because society tells you that life, love and everything in between has to be a certain way.