Yayyy! We’re so excited when we catch up with couples after their pre-wedding shoot. Self professed BellaNaija Weddings fanatic Ella and Obinna‘s love story is so juicy and down to earth. They met in January this year and got married in November. Now that’s what you call love at first sight!

The bride planned her wedding herself and is eager to share her tips! But first off, let’s share their sweet and hilarious story again. To see their full pre wedding shoot, click here!

How Ella & Obinna Met
From the bride to be, Ella

Our story is so weird when I think of it..
On my birthday, 3rd of January 2013, he saw my picture on a friends BlackBerry DP, and just like that oh, wahala started. He started worrying her for my pin, bribing her, to bribe me, lol. I wasn’t interested in another ‘man wahala’, so I said “No” to my friend. My friend eventually gave in to his pressure and gave out my pin without my consent *angry face*. Then the big head started worrying me, I just wanted to shut him out immediately, so I was forming busy.

Then one faithful day, my close pal, Chinenye was toying with my phone and started replying to his pings and before I knew it, she agreed to going see a movie with him *shaking my own big head*. I was so pissed with her, that I couldn’t even properly give her a piece of my mind. I tried to make it difficult for us to meet up, making up excuses like “I don’t have much time today or tomorrow”, “I don’t drive and I cannot easily get a cab”, blah blah blah. He still persisted, arranged for a cab to come pick me up and so I hopped in. Lo and behold, when I saw him, he was short (Honestly, any little hype disappeared, lol). Interestingly enough, when I heard him talk, like really talk, I was more than impressed with his person, so I decided to stop the shakara and pay him some attention. Well he was good enough for the ‘friend-zone’ sha, but after a month he asked me to be his Valentine and later officially asked me to be his girlfriend and so and so and so…

Now for The Proposal, you would honestly flog me

I was preparing to pass out from NYSC in June, he had an important trip to PHC the same week, so in my mind I was gonna celebrate with friends. His dad came into Lagos a week before and gave him some box that looked funny. I asked the nonsense boy what it was, he says “It is an internet banking token for my dad’s friend”. I keep quiet, like since when did you have to hide tokens this well. Suddenly two days to my passing out, he says his trip to PHC had been cancelled and that he would like to stay back for my sake. I was so happy, in many ways, ignorant of his plan. Passing out was fun but so late, my friends and I already had a celebration dinner planned which ended late at about 10pm (it was supposed to end at 6pm). By this time I was pissed with him, cuz he had just called only once the whole day, just to say congrats. I was supposed to go to his place after the dinner, but I went home instead. It was almost midnight, I had begun getting ready to sleep when he suddenly calls me, barking. No, first he asks me where I was, I say am Home. Then he starts shouting, “I cancelled my trip cuz of you and you left me alone all day” yada yada yada. Omo, for peace to reign, I got dressed jeh-jeh, and called back my cab guy.

I get to his place and he was still fuming, I apologized for not coming to see him and he calmed down. He didn’t want to continue talking and lays down to start sleeping. Then when I am almost asleep, I hear him call me up. He apologizes for shouting and says “I had something planned, you didn’t show up, but what I have to say cannot wait”He reaches into his bag and brings out a Blackberry Q10. I was so happy, cuz I had been wanting the phone. I immediately start going at the box, getting out the phone and opening further to get the battery. Then laying right inside is our very own small box from before. I immediately realised what it all meant and tears filled my eyes. He explains that he had made dinner reservations for us at Radisson Blu and that he had some messed up plan of doing it there. But I had to party with ma friends and forget him

. I really didn’t hear all the gist then, because I was still in shock. I said “Yes, of course,” and gave him probably one of the biggest kisses of his life

Wedding Planning
First of we planned the wedding ourselves, there was just too much work communicating with some would-be wedding planners, so we decided to rough it with my idea of a ‘Dream Wedding’, Google and yours truly BellaNaija.com/weddings. It wasn’t an easy task and honestly if I were to get married again right now, I’d get a planner in-time (Maybe before the proposal sef…lol).

{Editor’s Note}: See the couple’s special moments as you scroll through – but before then –

Aren’t they the cutest?! Now we’ve spoiled you with their story, enjoy their fabulous wedding photos! BellaNaija Weddings wishes Ella and Obinna all the blessings of love and marriage! 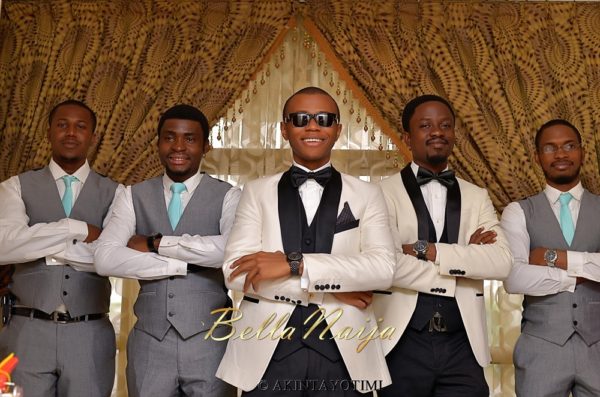 Special Moments
From Ella
I got to church and as soon as I walked in, I notice Obi is already seated in the church with his best man. He was looking so handsome and calm, but the extra is, we were amongst 7 couples getting married that day and the day before, we were told how couples would sit, depending on time of arrival. We all made a mental note of the best seat in church. Now as soon as I saw Obi on “the seat”, I knew he got up extra early just to get those seats and I suddenly felt some extra attraction towards him, not realizing I was still walking towards him. Not until my maid of honour pulled me back to go sit on the other side of the bench. Lol

Obi: Everything went so fast, its even difficult to remember details. She left me in awe when she walked into the church, holding her gown, looking helpless but drop dead gorgeous at the same time. She looked so beautiful, I was very happy and proud to be getting married to her.

Ella: I kept stealing glances at him, until we got up to exchange our vows, we were standing face to face whilst the couple before us started their rites and he whispers to me, “I will never stop loving you”. Now the early excitement stops and its replaced by an uncontrollable urge to keep blushing and giggling, I couldn’t even look him in the eye anymore. Anything not to burst out into laughter. Surprisingly, everything went really fast from here and we had a very beautiful reception afterwards. I’d say our wedding was perfect…for us. 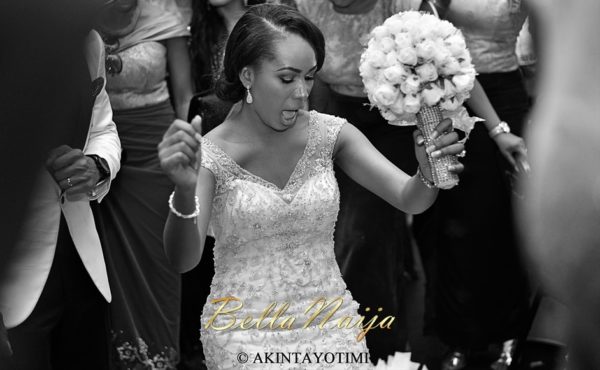 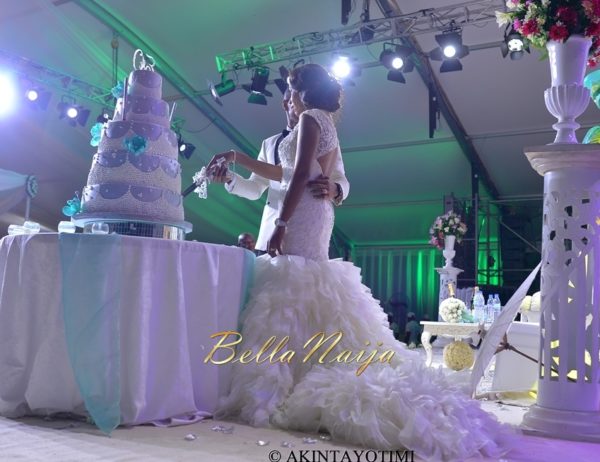 Obi: At the reception, I was thrown off my game when the DJ was playing from a different playlist.  Infact Ella can testify to how many times we danced to Eminado and Nek Unek the previous week. She noticed I was offbeat,  leans over to squeeze my hand and said to me “Everything will be okay”. I immediately relaxed and the party kicks in. I really appreciate it when she sees the good side to things.

Observing the Chaste-O-Meter! Right Or Obligation