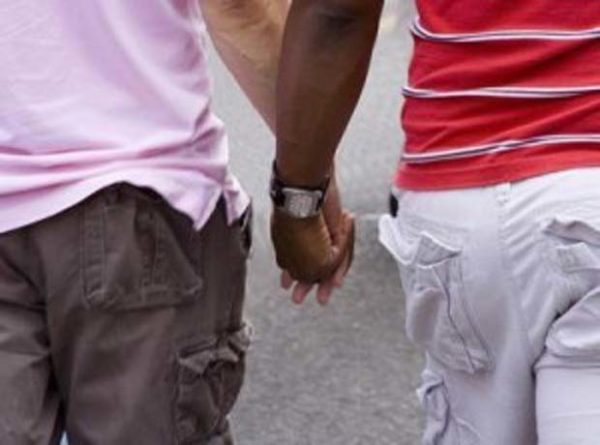 When I woke up this morning, I had no idea I would start an online petition or do anything past my usual duties at work. All this changed when I was browsing the news and I read about the Harmonised Conference Committee Report of the Nigerian Senate. The effect of this report was to consolidate the bills proposed by the Senate and the House of Representative on the prohibition of same sex marriage. The result as I am sure most of you are aware of is to ban same sex marriages, void other marriages registered outside of Nigeria, and imprison club members, individuals or organisations that “supports the registration, operation of gay clubs, societies and organizations, processions or meetings in Nigeria”.

What is the big deal some may ask, “Go Nigeria” others may say, “we have many shortcomings, we don’t want to add this one (same sex marriage) to it the Senate President may opine, so same sex marriage or such relationships should indeed be banned. To these comments I will ask; when did people deciding to be themselves become the “shortcoming of a nation?” or more importantly a crime? How do homosexuals pose a problem, and how are they “shortcomings?” Are they not human beings who function properly in the society? Are they not daughters, sons, C.E.O’s, Vice Presidents, confused teenagers and diverse Nigerians trying to eke a living in Nigeria like everyone else is? Why should the government whose sole purpose is to promote the growth of its citizens choose to punish an already struggling section in the Nigeria society and at the same time discourage its citizens in diaspora?

I have always been a proponent of J.S Mill’s harm principle which loosely translates to you should leave people be so long as they don’t harm you. Like every principle if applied wrongly it can turn out wrong, but in this situation what is so terrible about being homosexual that individuals should go to jail for it, and they should be so ostracized from the community that whoever tries to support them or their cause should also be jailed?

I will question the motive of the law as well. Laws are usually a consequence of social reality or facts. Punitive laws in particular are in place to punish the offenders in the society. We have laws against theft because when people steal from others they are harming the other person, and so we have laws in place to stop these offenders and deter future ones. What social fact or reality is the ban on same sex marriage and support groups fulfilling? Has it been shown that it is a common trend amongst homosexuals to hold people at gunpoint and demand that they change their sexual orientation? Have studies shown that homosexual people are such a menace to the society that they must be punished? What is harmful about a woman falling in love and deciding to live with a man, or a man deciding to do the same with another man? Have they stolen resources from our Nation? Have they forced their partners? No. What then is the legal justification for this law?

I have not been convinced by the reasoning of the Nigerian government either. Statements such as “protecting the morality of the nation”, and the word “tradition” have cropped up a lot amongst government ministers seeking to make this bill an official Act. What does it mean to protect the morality of a nation? How does one do that? Is it by curbing the freedom of thoughts, expression and life of the minority to make the majority more comfortable?
I am writing this article because I want people to think. I am tired of reading ignorant statements such as “God created Adam and Eve, not Adam and Steve”, and it is aggravating when the leaders in a country decide to mislead their citizens by not being educated about certain facts, thereby punishing other factions in the society unjustly. I want people to think past the mass mentality and the government’s argument of “tradition and morality”. It was our tradition to trade by barter but we outgrew that and have come to love money. Why should this draconian law be given the light of day, and why are people silent and complacent about it.

I want people to consider the effect of this law on other human beings. Homosexuals are people first and foremost and who they chose to love does not stop the fact that they may be decent people. The other day I read in the news about how two Nigerian men were beaten to death for being gay. The police (officers of peace and order) stood by and let this happen, and a Pastor was alleged to have joined in the beatings. Have we not learnt from ALUU 4? It pains me to say it, but this may be the future of gay people in Nigeria, and with a draconian law like this that effectively criminalizes gay people and societies, what is to stop more people from taking the law into their own hands, after all they have the backing of the law to some extent.

It is acceptable to be confused and not understand why a person may wish to love someone of the same sex, but I would rather people took the time to educate themselves honestly and ask questions rather than despise what they do not understand. So I will ask this. Have you taken the time to educate yourself about people you may persecute and disdain? Has the Government?

Banky W on his Relationship with Andrea Manuela Giaccaglia: “She is a Friend…I am 100% Single”