Kemi Ajaja: A Reason To Be Thankful 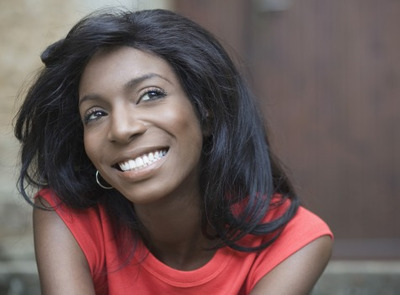 The story is told of how, recently in a US restaurant two men walked in and asked to be served by the grumpiest waiter. The owner said they had no grumpy waiters and offered to seat them with the happiest waitress instead. The men accepted the offer and were sat with 18 year old Abigail Sailors. Abigail was bright and cheerful, and served the men their order; turkey dressing special with eggs and sausage.

The men asked her what made her so happy. Her answer to that question was an account of how her childhood had been so filled with pain and sorrow. Her parents were involved in a car crash when she was young. The accident left her mother with permanent brain damage and rendered her father unfit to care for her and her four older siblings. Abigail spent her youth moving from foster home to foster home. Often times away from her siblings, and eventually she and her siblings were taken in by a couple who she says shaped the person she has grown up to be.

She told the two men about how she had been trying to put herself through Trinity Bible College, studying Youth ministry and Psychology, and how because she didn’t have enough money. She had to take up a job, saving her wages and tips to add to her financial aid and return to college the following year. But despite everything, Sailors says she is thankful. “I’m just thankful, everything we went through; my attitude is God blessed me with a lot of things, and that is why I am thankful”.

The two men finished their meal. One told her he graduated from Trinity himself. Then they both reached out and gave her two checks; one for £5,000 which was her tuition and another for $1,000 which was for personal use. They topped it off with a $100 tip which Abigail split with another server.

Needless to say, miracles, big, humongous, gigantic, unexpected, undeserved, happen when we dare to be thankful. Life can hand us so many reasons to be sad, down, depressed and forlorn, but we can chose to have an attitude of gratitude regardless.

Ignore everything that tries to make you complain or whine or worry; your weight, your unemployment, your financial status or bank balance and remain thankful and watch the heavens move on your behalf. In the Bible, it didn’t take prayers or a long, lengthy fast to bring down the walls of Jericho, it took a loud thanksgiving, joyous shout. And those walls came down. No matter the walls that stare at you this year, may a song of thankfulness continually flow from your lips, causing them to bow.

Have a thankful New Year!

“Be thankful for what you have; you’ll end up having more. If you concentrate on what you don’t have, you will never, ever have enough”― Oprah Winfrey

Karen Igho in the UK for Cancer Treatment

I am a lawyer, business woman, mom and wife who is extremely passionate about marriages, relationships and young people. I spend my spare time thinking up mind boggling business ideas, offering support to young people and singles, cooking, reading and writing. I believe marriages can and should be successes and will offer tested and trusted practical tips and lessons I have gleaned along the way and from others in a bid to help a person or two revive, restore, rebuild or simply replenish their relationships. Welcome to The Love Kodes With Kemmie. Here's to joyful, lasting, loving and beautiful marriages! Drop me a line or two @ [email protected]