Now that is what we call a party!

Hello Tripican Fam. Today we have got a treat for you. Bringing you light comedy, likable characters and realistic situations is the new comedy flick Last Vegas. The movie stars Michael Douglas (The In-Laws), Morgan Freeman (Now You See Me), Robert De Niro (Grudge Match) and Kevin Kline (Wild Wild West) as 4 sixty-something year old best friends who head to Las Vegas for one last hurrah as their friend Billy, played by Michael Douglas gets ready to get married for the first time.

Synopsis
The ensemble comedy follows 4 sixty-something year old friends who decide to throw a Las Vegas bachelor party for the only one of them who has remained single. Last Vegas is produced by Laurence Mark (Julie & Julia, Dreamgirls) and Amy Baer. Nathan Kahane and Lawrence Grey are the executive producers while Good Universe’s Matt Leonetti is co-producing.


Check out some cool Ads & Images 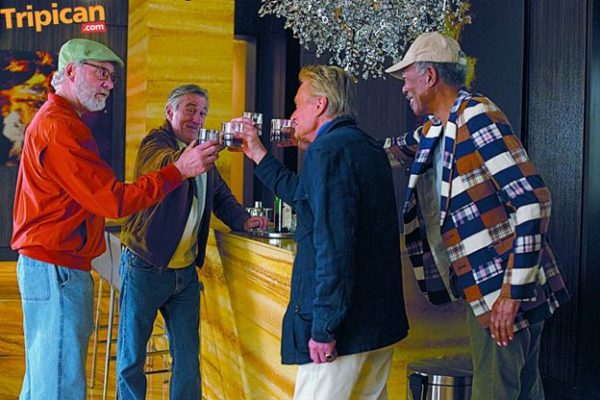 For this and more discounted movie tickets, visit www.tripican.com

Is Toke Makinwa Sharing Details about her Personal Life? Watch How to Fully Understand a Woman