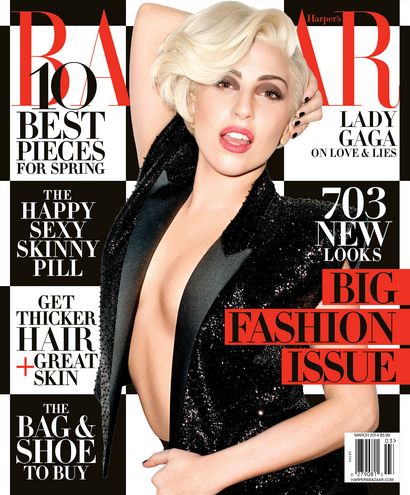 Alright Gaga fans, are you ready for some crazy outfits and monster poses?

For their March 2014 issue, Harpers Bazaar featured Lady Gaga in all her glory on its cover. As expected, the editorial spread has Gaga giving us the ‘it’ factor that has gotten her millions of devoted fans.

After the release of her controversial album ArtPop, her very public split with her longtime manager Troy Carter and confirming that she will be the first artist to perform in outer space, Harpers Bazaar interviewed the pop star on life, her expectations from performing in space and where she is now in her career.

Read an excerpt below.

HB: What’s the biggest thing you’ve learned about yourself so far?

LG: I became very depressed at the end of 2013. I was exhausted fighting people off. I couldn’t even feel my own heartbeat. I was angry, cynical, and had this deep sadness like an anchor dragging everywhere I go. I just didn’t feel like fighting anymore. I didn’t feel like standing up for myself one more time—to one more person who lied to me. But January 1, I woke up, started crying again, and I looked in the mirror and said, “I know you don’t want to fight. I know you think you can’t, but you’ve done this before. I know it hurts, but you won’t survive this depression.” I really felt like I was dying—my light completely out. I said to myself, “Whatever is left in there, even just one light molecule, you will find it and make it multiply. You have to for you. You have to for your music. You have to for your fans and your family.” Depression doesn’t take away your talents—it just makes them harder to find. But I always find it. I learned that my sadness never destroyed what was great about me. You just have to go back to that greatness, find that one little light that’s left. I’m lucky I found one little glimmer stored away.

HB: Are you happy?

HB: What do you want written on your gravestone?

LG: “She spread love with every invention.”

HB: What excites you about the idea of performing in space?

LG: I honestly can’t wait. I can’t wait to design the performance. I’m auctioning off my second seat [on a Virgin Galactic flight] to raise money for the Born This Way Foundation. I want to make a moment that is about much more than me. Performing in space is such an honor. I want to challenge myself to come up with something that will not only bring everyone together but will also have a message of love that blasts into the beyond. 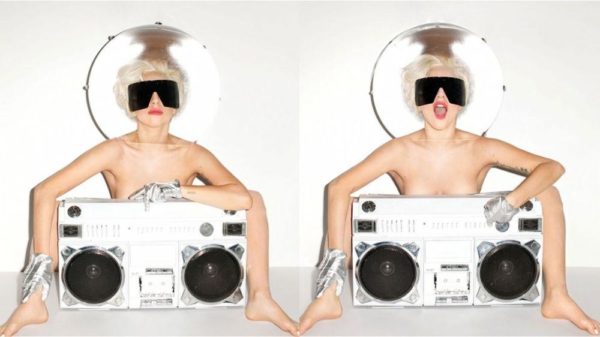 The photos were taken by Terry Richardson.