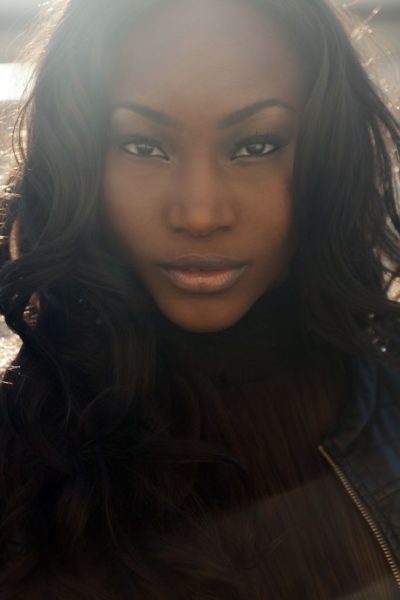 I sincerely lay no claims to being more knowledgeable than anyone, but I do confess that I know better than I did yesterday, last year and a decade ago. Isio Knows better is an attempt to capture the shocking and highly entertaining conversation within myself. The conversations between my mind (the sharp witty one), my soul (the lover and the spiritual one) and my body (the playful one concerned with the more mundane things of life). She is the eternal referee between the caustic mind and the sensitive soul. This is Isio. So, here’s to making private conversations public.

My father was a great man. His dream for us, his children, was to become a greater version of him, and to someday, raise children who were better versions of ourselves as well.

Of course, this was not was going through my mind twenty years ago, as I stood before him, trying not to quake in my dunlop slippers while he remained silent, flipping leisurely through his newspaper. I knew he knew that I was there. I shuffled uncomfortably. I had begun to perspire.

“Stand upright! Don’t show any fear jo!”, I told myself.

I adjusted my stance, squared my shoulders and held my head high. My change in body language didn’t go unnoticed, as he raised an eye-brow at me, gave me ‘the look’ and then went back to reading his paper.

I don die finish. Somewhere in the background, I could hear my siblings elbow each other, straining to get the best view as they peeped (without getting caught) into what was happening between my dad and I. The truth is that they had dared me to tell my dad what I had just told him. And I, being the unchallenged challenger; the fearless, the last born and daddy’s pet, decided to do so to my immediate regret.

What was my sin, you might wonder? Well… I dared to tell my dad that we would rather eat bread and eggs (with all the accompanying things that make a great continental breakfast) instead of the brown beans that had been unceremoniously made for us that morning. The way my dad looked at me when I finished saying the nonsense eh? He said nothing and continued reading his paper.

Why did I not just leave when it was apparent he was ignoring me? Well, two things…he wasn’t ignoring me, this was the dreaded calm before the storm; and secondly and most importantly, dem no born me well to waka commot until he had discharged me verbally.

So I stood there; quaking, shaking and sweating. I had lost my appetite for the bread and everything continental.

After what seemed like an eternity, he asked me without looking up, ‘‘So you don’t like the beans?’’

‘‘Have you ever worked for a kobo in your life?’’ he continued.

‘‘No sir,’’ My voice was noticeably lower. (I could hear my siblings giggling)

‘‘Okay sir, thank you sir, migwo…’’ I stumbled over my words as I quickly greeted him in the Urhobo traditional way. I fled from his presence with my answer and a valuable lesson learnt.

If you want to eat continental when your mates are eating beans, wait till you have many kobos of your own. Until then, be grateful for your beans.

My father was a great man. Wise too. He didn’t speak much, but when he spoke, you listened. The things he taught me, I didn’t realize were lessons until now. He didn’t believe in bringing up males and females differently. He raised us all to be strong human beings, to be smart, and to be self-sufficient. Be fair to all. Be tolerant of others irrespective of race, tribe, religion or class. He had zero tolerance for religious discrimination.

My father was a hard man. Growing up, he had only three rules— don’t curse in his house, don’t cry unnecessarily when you want something (just ask), and most importantly DO NOT FAIL in school. Average was a FAIL. A little bit ABOVE average was a FAIL. You would be flogged. Below average nko? You just know you are doomed. It’s better for you to just get lost. (In Waffi English, e beta for you make you just misplace). I know this because I tried this. Yes, I got flogged. He gave me the honor of picking out my very own ‘koboko’. My bum was sore for days. And my grades henceforth catapulted to A+++.

My father was the son of a king, yet such a simple man. So simple that he uprooted my siblings and I from our cozy Lagos home and took us to our village in Ughelli to teach us something new. It was the three month long-holiday period. He had us wake up at the crack of dawn. We went with his workers to his horribly large farm. On this land were rows of yam mounds. It was harvest season. On that day, he placed in each of our hands a hoe and a cutlass, as he told us to begin to harvest the yam with his workers. He zoomed off in his car. I looked at the rear-end of the car as it zoomed off, then at my sisters in disbelief, and then looked down at the hoe and cutlass I was holding.

Six hours later, during a fifteen-minute ‘lunch-break’ we were seated in a thatched roof ‘tent’ on the bare earth trying to swallow the stony fufu and the lukewarm banga soup he had packed as our lunch. I looked at it with distaste and derision even though I was hungry, broken and exhausted. This was not food for a princess. My grandfather after all had been king, and my uncle was the ruling king. I didn’t understand this village oh. I belligerently remembered Disney’s representation of princesses and kingdoms, and I felt sorry for myself.

Ahan, this kingdom of ours was so unpalatable, kai.

Watery banga and stony fufu. I swiveled through the soup with my fingers trying to find fish. I managed to find one crayfish. I think I started to cry at this point. I wailed bitter hot tears. Open mouth and all. I longed for Lagos. On the fifth day I had learnt to swallow the fufu and drink the banga like a pro. I had also learnt that by sun set, you better hurry to hitch a ride on one of the villager’s bicycles. Or you would trek home. If you were waiting for Daddy to come pick you up in his beautiful car, well, you go wait tayah. Also important, while on the farm, you had better be nice and respectful to the workers and villagers, or else, you go trek home be dat.

Ps. Dear future kids, I don’t care how many billions your father and I have, you will uproot yam with hoes and cutlasses, oh yes, you will. In fact, you will plant cocoyam sef. Cry all you want.

And just like that, we learnt about yams, farming, dignity in labour, and had all sense of entitlement to Daddy’s money stripped from our brains. I also learnt that there are various stages of sweating. First, you heat up, then you start to sweat, and then you sweat profusely. The most advanced stage is when it is so hot within and around you, that the sweat evaporates inside you before it even comes out of you. This is called ‘dry sweat.’ Yes, it was that bad.

My father was a great man. Imperfect and flawed he was, but great.

He passed away a month ago. And I miss him every day.