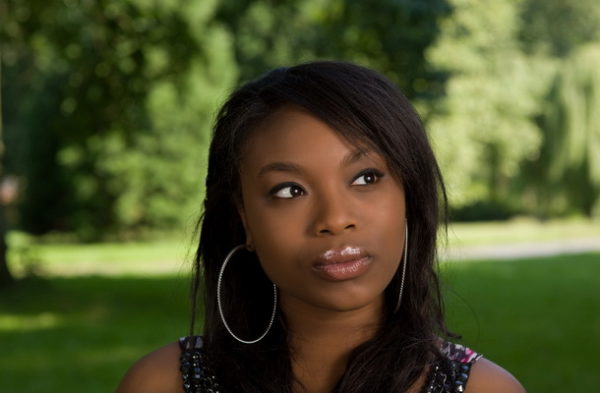 “You aren’t married are you?”
I looked up from my phone screen and shook my head. No. Up until then the conversation had been in Yoruba, a language I did not speak or understand.
For the last five minutes Femi, my housing agent, had been pleading, cajoling on my behalf. He had wanted me to view a place he’d heard was perfect for me. ‘Fenced with running water. You will like it’.

I had jumped the first hurdle when the Landlord’s agent had asked ‘Igbo?’ My agent had rushed to correct him ‘No, Benue’. I tumbled at the second hurdle. Single and Female.
“Where do you work?” the landlord’s agent barked. I answered with no further supplications; I knew they would be of no use. Even if I had come floating down from on high, pure and unsullied, I was still an unclaimed female to him. As Femi and I walked back the way we came, he apologised over and over.
“You know that they wonder if a woman will be able to pay for the next year”
“And a man will surely be able to?”
My friend, a man, continued in this illogical vein.
“Young girls (I am 31) may bring home young guys who may turn out to be criminals”, Fred said.
“So the young guys that rent don’t have young guy friends”
“A guy’s friends are more often than not in the same line of lifestyle as him”
And all I could reply was, “I see.”

And I really did see. I get tired of being a woman sometimes.
The expectations that are on me, that fall on me because I have breasts and a vagina. It has nothing to do with my ability in anything. Everything is meant to be innate. Everything is meant to be present from the day I was born. I am expected to walk a certain way, talk a certain way, be able to cook, be able to love kids, be able to have kids, be nurturing, be quiet, and be demure. The apogee of my life will be taking care of a man and house because that is what women do. Anything else is superfluous.

So why would I be looking for a house of my own, if not to cause mischief.
“You know one of the main reasons my sister’s husband married her was because she was still living with her parents when he met her” my work colleague said concluding the story she had launched into when I told her I was looking for a place to stay, alone.

‘I doubt he would have if it was just her’ I nodded in agreement as we walked to our bus stop. It was always easier to agree. I found that when I opened my mouth to be contrary, it always came out with a sneer.
‘I wouldn’t advise you to live alone’ even my Oga at work was chipping in. I am 31 years old I wanted to retort but yet again I nodded. A 31 year old man, a man of any age, would not be questioned about why he wanted to live on his own. He would be expected to. At what age would I be thought old enough, free enough to stay on my own, to be an adult?

‘What do your parents think?’
My mother had raised my brother and I to be independent; she was surprised it had taken me this long to move out of my friend’s one bedroom.
‘She is in full support’ and Oga quietened down and continued dictating.
‘What church do you go to?’ He asked mid-dictation. I crossed out the question on my notepad when I realised it was directed at me and not the Bank director we were writing to. My usual reply would be ‘Redeemed’, that generic answer which could be given with a made up parish and no one would question it. They were that many parishes and why couldn’t Sinai on the Mount be one? But I was surprised with my truth.
‘I don’t go to church sir. I got tired of watching people rolling around at the front in the name of giving testimony.’ He nodded understanding.
‘You should come to my church. The service is just over an hour. How else are you going to meet a man to marry? Definitely not in a club. Church is where you find them’

Three Sundays and more fruitless house viewings later, I put on my Sunday best and took the BRT bus down to CMS. One Keke ride later and I was kneeling down and murmuring prayers. Would it be too obvious if I asked for a husband? Or hypocritical if I avoided mentioning it to God? Faces were fully bowed in prayer except mine. Head half raised, I discreetly scanned the congregation and late comers from time to time. Searching. For someone who would put a ring on me and make me an adult. An adult, no longer infantilised. An adult worthy of living in a house with a fence and running water.