Mnena: Lagos Asked Me To Leave... So I Packed My Things 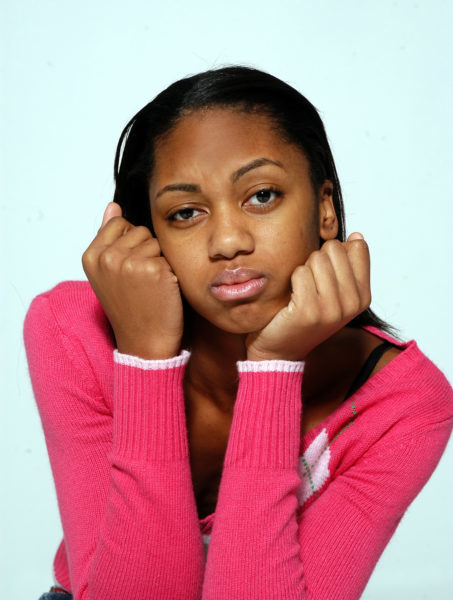 It was the last day of my life in Lagos. I make it sound like I am writing this from beyond the grave, but I just mean that I moved. What else do you do when you feel a city doesn’t want you anymore? The next morning I was going to get on a 6.25am flight to London. But that morning I stepped out of my little flat (one of four in a building) and under the leaky communal tap in front of the house was shit. Human defecation. Someone had squatted down and probably holding the tap as support, had strained out soft round brown pellets of what was unmistakably shit.

By this time, I’d been back to Lagos for two years and I had seen things. Like a mentally ill woman who crouched in front of the stalls at Ikeja Under Bridge, in full view and began to shit. She was interrupted by a female trader whacking her across the back with a mighty stick. Shit at my doorstep was nothing, I kept moving. Such is the unpredictability of Lagos.

You go to sleep one night and when you wake up the following morning, some figurative shit has happened. Some people revel in this – I abhor the chaos.

But can I take you back and start my story about my last day from the top? 12 am. I’m in my flat on the ground floor. Little mercies, there is light. I’m trying to run out what’s left of my data by streaming How to Get Away With Murder. And then I hear voices. Rising and falling from the school behind the house, they give praises to their Lord on High. They sang, begged, clapped and drummed. Whenever I’d think they’d ended, when I’d start to marvel about how cute the tip of Wes’ nose is, the voices would rise again. At the 2.35am mark, I’d had it up to here. I put on some clothes, slipped my feet into bathroom slippers and I was READY. I was going to walk into their gathering, righteously shouting at them, at their selfishness. I would tell them that they are meant to be a religion of generosity – at what point did they turn into one that did not care how their actions inconvenience others? When the chill night air touched my skin, I remembered how dangerous it was walking the streets of Lagos at 3am, who knows what could happen. I’d be a story on social media and I still hadn’t quite gotten the perfect modelesque selfie which would serve as my mourning picture on people’s DPs.

Instead I walked to the back of the house and stared venomously and impotently at the lit glass window with pictures of cut out animals stuck to it. I stepped back inside, kicked off my slippers and continued wondering why Annaliese walks sloping to the side.
Nigeria is hard, Lagos especially. No matter what the slick Channel 4 documentaries show you, it is a punishing place. We know it’s bad, but maybe majority of us don’t realise just how bad we have it.

David Foster Wallace, a writer, started a commencement address with this story:
There are these two young fish swimming along, and they happen to meet an older fish swimming the other way, who nods at them and says, “Morning, boys, how’s the water?” And the two young fish swim on for a bit, and then eventually one of them looks over at the other and goes, “What the hell is water?” He went on to explain that “the most obvious, ubiquitous, important realities are often the ones that are the hardest to see and talk about. ” Maybe we accept and live with the mess that is Nigeria because this is all we know. It is our norm. We think we are powerless to fix it so we look to the highest power we know to reach down and lift us out of our problems – money God.

Growing up in Lagos, I don’t recall churches being so yanfu-yanfu ubiquitous in residential areas . Now any building can be converted into a place of worship, even a school. As the quality of our lives deteriorated, as incomes shrunk, people flocked to churches. Supply follows demand. A single stretch of road can have six churches on it, some from the same church body. Churches even increased the number and variety of services it held – like a shop increasing its opening times. A recent theory, proposes that countries with a greater degree of economic uncertainty tend to have higher rates of religious observance.”Societies where people’s daily lives are shaped by the threat of poverty, disease, and premature death remain as religious today as centuries earlier.” If our roads, hospitals, schools, electricity all worked, if we weren’t mini governments in our own compounds providing these things for ourselves, would we still spend all night singing?

***
“You know it may be someone unhappy with the landlord” my cousin said. It was getting to noon, I was in her living room sipping on some chilled zobo and discussing suspects in Doo-Doogate. She continued “The house behind mine, the tenants had been having problems with the landlord. When they left they smeared shit all over the walls” Now that’s some dedication, that’s Lagos. My sister joined us soon after and we flitted from topic to topic: friends who visit you but end up staying for 19 months, the evergreen topic of poor customer service and unavoidably, the difficulty of people’s lives in Nigeria. “On the radio, there was a man who was angry with his friend for not wanting to work where he did. He worked loading bags of pure water into trucks. He had to load 2000 bags a day. And was being paid N1.00 per bag.” I sometimes wonder why the poor haven’t banded together in anger and overrun the more well off . I keep expecting it to happen. Maybe we haven’t imploded yet because they don’t know what their lives can and should be. That they can earn more, be better educated and live better lives. You can never know what is possible if you’re not shown it or discover it. And if you’re busy just trying to survive, when you’re just trying to get some certainty in your life, what headspace do you have to see what is possible? When can they pause and wonder about the water they’re swimming in and what happens when they decide that just surviving is not enough?

***
It was late afternoon when my sister and I left for a friend’s child’s party in Gbagada. At the party, we walked past beggars standing by the house gate, attracted by the loud party music and the possibilities. Another of our cousins was at the party. I hadn’t seen him in years. Over the last two, he’d been working on a documentary about one of the mainstays of Tiv culture: Kwagh-hir. Kwagh-hir is a piece of musical puppet theatre, you have to see it to understand it. Growing up, I used to watch it on NTA in the 80s. It is a creative swirl of storytelling, dancing, carpentry, costumes and tiv music. My cousin had to travel deep into Tivland to find people who would be able to stage the original show. Over the blaring music, seated at a table spilling with food, cake, balloons, wine, soft drinks and hard drinks, he told me about his experience.

“Mnena, I saw people, you know those people when they say [Nigerians] live on less than a $1 a day.” He twisted his lips and shook his head like he had swallowed something bitter. “Those people aren’t you and I.” He talked about taking the almost finished documentary to the Benue state government for support. A state commissioner said would never take on the project because of who his father was. A piece of my culture wouldn’t be shown to the world because of a personal gripe. Is this how ideas and dreams die a death on the carpeted floor of government offices? I asked him if he felt Nigeria was getting better. He thought for a bit, not looking at me, the pulsing beat of a song standing in the silence and he slowly said “yes”. His roommate likened Nigeria to an elephant. It takes an elephant eons to turn, placing one foot after the next before facing the way he has chosen to go.
It was night when I left the party. I got a danfo to Ikeja Along and got into a car which took byzantine liberties to avoid the traffic. I slept without interruption.

***
It was 4am: time to catch my flight. I went to the gateman’s small room at the back of the house and it was cleared out. Only a calendar left on the wall. It was a dire room, unpainted walls with just enough space to fit in a small bed and not much else. Like a prison cell. The landlord must have made good on his monthly threats to sack him. Maybe, like the tenants who smeared shit on the walls, feeling powerless with no other way of voicing his pain, the gateman had left pieces of himself by the tap.

At the airport, my taxi was stopped by the lone soldier on duty, the light of passing cars illuminating our encounter. I was told to bring down my boxes for a search. I placed them on the ground and zipped them open. I was then told to lift items out and into the air -so he could see what was under. I squatted, holding my belongings for every passing car to see. The taxi driver protested and for his efforts got threatened with arrest. You don’t argue with the man with the gun – you beg. You cajole, you placate. Sooner or later we all beg in Nigeria. We will beg God, government officials, party throwers and soldiers high on the little power they’ve been given. He let us go. I closed my boxes and got back into the car. The city was telling me to go – and I left.

Mummy and I: We ❤️ Damilola Attoh’s Fun Birthday Photo Shoot for her Son