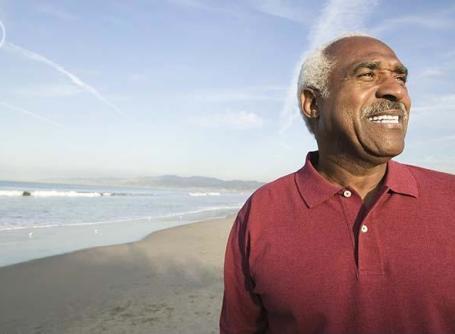 I recently saw Chief Ebenezer Obey, now known as Evangelist Ebenezer Obey, playing on stage and the title of this post struck me almost immediately. He’s been around for so long in the music industry just like King Sunny Ade and a few others. I remember great works like the Village Headmaster with Dejumo Lewis and I think Ambassador Olusegun Olusola involved in it. Think about Things Fall Apart written in 1958 by Chinua Achebe and its relevance till date then you will understand what I mean by long standing relevance. Professor Wole Soyinka’s Lion and the Jewel and Trials of Brother Jero still ring a bell after several years of being around. On the political scene, we still feel the works of Martin Luther King, Nelson Mandela and maybe Malcom X.

In the broadcast industry I think about a few people like Larry King, Oprah Winfrey, Bimbo Oloyede of Channels Television, Soni Irabor now at Inspiration FM, Ben Bruce who used to be at NTA but now owns STV and Tokunbo Ojekunle presently at Radio Continental. If you want to get into Nollywood then think about the likes of Bukky Ajayi, Olu Jacobs, Peter Fatomilola, Tunde Kelani and Sunday Omobolanle among others. I think it’s still safe to say that many are also still dancing to the hit single of Fatai Rolling Dollars. Science can never forget Newton or Edison or Graham Bell.

These are people who started their works when there was nothing to call an industry. There are some other people like that outside the music and broadcast industry or even the academic world. We have a few of them in consulting, public speaking, policy making and leadership development.

Why is it important to think about the long standing relevance of these people? It is because I am afraid of the wishy-washy things that many people in this younger generation are doing. I don’t think that people spend so much time planning and carefully executing what they are doing. It’s hard to find those whose utmost desire is to have some good quality that generations after generations can consume.

When I listen to interviews with people who have been around for a really long time in what they do, I realize they started out with great passion. Beyond the passion, they also constantly developed themselves and ensured they offered the best. If there was not much to offer, nobody will let your works sail through. You had to spend several days and nights trying to get the best out of everything. These people also did it with or without the money. It was their natural space and were willing to stay there even if nothing came out of it.

We are now in the Internet generation. Unfortunately we have moved past just being the Internet generation, we have become the smart devices generation. We used to go to the Internet but it now comes to us! There’s nothing wrong with those things because it has helped some of you to know me and it’s still helping my works but we should never think that everything will respond at the touch of a key on your tablet or at the click of a button.

I want to encourage that we get back to preparing really hard for the things that we need to do. Back in my days at Mayflower School, we used to say ‘Whatever is worth doing at all is worth doing well and must be done with undivided attention.’ Let’s not get wishy-washy with everything. If you want to be around for a really long time then a lot of hard work has to go into what you are doing.

I remember seeing so many of my colleagues doing so many flashy things back then as public speakers. I wonder how they pulled the strings and I could not do it. Each time I thought about such, a thought would drop on my mind. It’s like having a conversation with someone I don’t see telling me that these ones will not be around for too long but you will be around for a really long time.