Fola Daniel Adelesi: You Can Still Be Selected 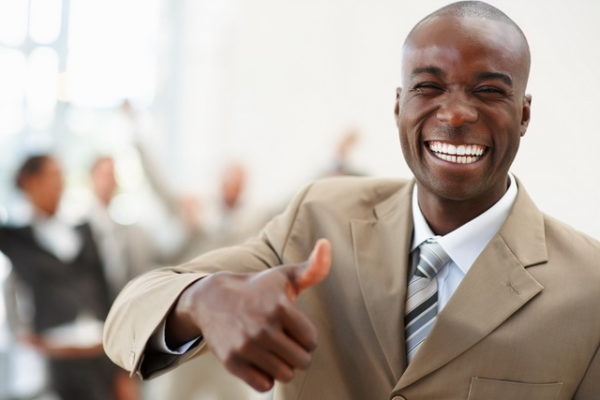 About four years ago I heard a commercial on radio and it triggered something in me. I was so excited to hear that something I had always wanted was finally going to happen. After a while, I forgot about it, then a friend called me again almost at the last minute asking me to apply for it. It was the audition of the Debaters TV reality show organised by Mo Abudu in 2009. I went in with so much hope that you could practically cut through the hope.

As for my own part of the story, I will make it short and tell you that I was selected to be a part of the show. I guess some of you saw me on the show. After my selection I saw a few inspiring things that I may not forget too quickly. I believe that what I saw shows how things happen in real life and they can also happen to you if you think that all is over and you have been left out already.

The selection of the fourteen talkmates to be in the talk academy was almost over. The judges already had almost all the names they were going to pick for the final debate. I don’t know what happened along the line but I just noticed people coming out and making so much efforts to call someone back. The person they were trying to call back had already been told that she was not selected so she left the venue almost immediately.

As I said, I don’t know what happened, but the judges all agreed that she should be called back and this lady was asked to come back to the venue of the audition for one final debate. After that final debate, she was selected to be among the fourteen to be in the talk academy for the debaters TV reality show.

Can you imagine how disappointed she would have been when she was told to go home? She was good. She definitely expected to be selected but was told to leave. Have you been rejected where you expected to be selected? Don’t remain dejected, because you can still be selected. The person I am talking about is Precious Eriamiatoe who eventually made it till the last day of the series of tough debates over a period of thirteen weeks.

Another one happened, and that amused me the more. Just when we thought all was done and we were in the Talk Academy, our very dear friend, Kunle Odeyemi, had to exit the academy for some very personal reasons. We had already done one or two debates. So this was about two or three weeks into the debate. Once Kunle Odeyemi left, Ayodolapo Ajao who had already been told he was not going to the talk academy was invited into the academy.

Maybe others saw it in a different perspective but what I saw was a closed door that seemed impossible to open just opening on its own. It was very important for me to write about this just to let you see how it has happened for others and also show you that it can happen for you too.

You may have been told there are no slots again. They may say the interview is over and the list has gone to Abuja or the President’s office. Let me remind you that Abuja is not heaven. Wherever decisions have been taken that did not seem to favour you, they can still be overturned.

I am a natural optimist and I can’t afford to think that all is lost with me just because of the decisions made by men. My future is too bright to be limited by a man’s decision. Remember, you may have been rejected where you expected to be selected, don’t remain dejected because you can still be selected.