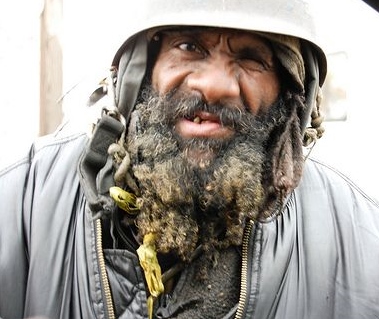 A man in Benin City, Edo State, who succeeded in fooling people into thinking he was mad, has turned out to be a ritual killer who specializes in selling human parts.

He was allegedly arrested around the Upper Sokponba road area of Benin with human parts, a gun, and N4 million cash.

The man, whose identity has not been revealed yet, had reportedly lived in a run down apartment for about two years, pretending to be a mad man.

‘Pa. Onaiwu,’ one of the landlords who resides in the area, told PM News that he noticed the supposed mad man used to act ‘funny’ especially at night.

“The last person that died around the area was a woman whose head, breasts and private part was cut off. Nobody will ever believe that the man is not a madman, the way he behaves, not knowing that he is responsible for all the killings in that area,” he said.

Edo State Police Commissioner, Foluso Adebanjo, says he is aware of this story, but is yet to confirm the incident.