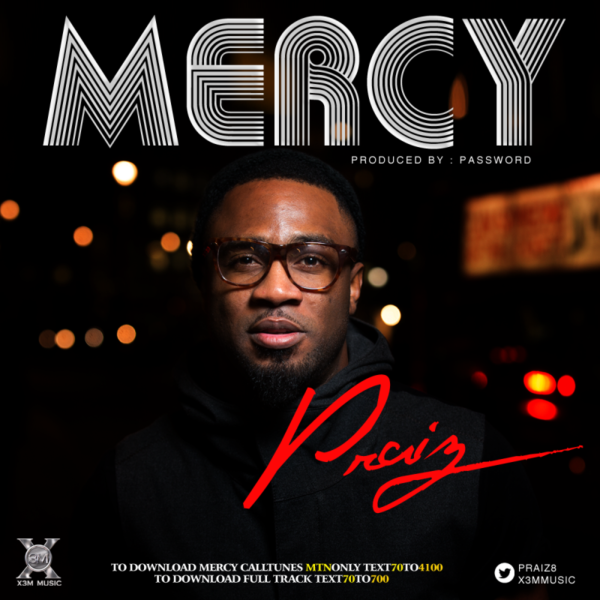 After his melodious duet “Sweet Potato” with Chidinma, the X3M Music talented vocalist returns shortly with another banger titled “Mercy“.

Produced by Don Jazzy’s protégé, Password, Praiz delivers his smooth vocals on an up-tempo beat as he woos his love interest.

Praiz is whetting our appetite for the release of his debut album ‘Rich and Famous’ which will be released this yer.