38-year-old mother of one of the victims seeks justice

The mother of one of the two teenage girls that was gang-raped and hanged from a tree, is demanding the death penalty for the culprits.

So far five people have been arrested in connection with the crimes. The Indian government has reportedly offered to give the victims’ families monetary compensation, however; one of the mothers has refused to accept the money, Daily Mail reports.

“Money can’t bring back my daughter but the hanging of her killers would give peace to her soul,'” she said.

The distraught mother said her daughter would have been alive if they hadn’t belonged to the lower Dalit caste. Police authorities had reportedly been reluctant to investigate the case because of the victims’ Dalit social status.

Dalits are at the bottom of India’s  caste system, while the Yadav caste, is the top caste. 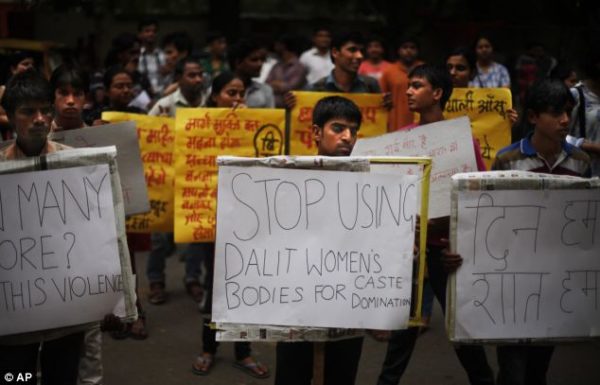 U.S Man Robs Woman then Friends Her on Facebook