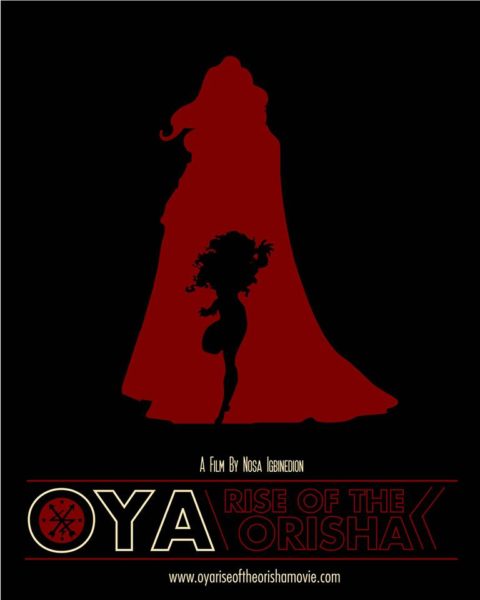 It is not often we get to see a superhero movie by an African with interesting visual effects.

Nosa Igbinedion, a young filmmaker presents Oya Rise of the Orisha which he wrote, produced and directed.

With the movie he aims to take the wealth of stories and culture that Africans (especially Nigerians) have and present it in more commercially viable ways.

Synopsis
For centuries the doorway between the world of the Orishas and our world has remained closed, until now. Our hero, Ade, is one of the few people with a connection to one of the gods, Oya. She has been tasked with the job of protecting the innocent and that means keeping the door to the gods shut. If the doorway to the gods is opened, they will wreak chaos upon us as retribution for our abandonment of them. To keep the door shut, she must find ‘the key’, a young girl with the potential to open the doorway, and keep her safe. What do you think?

The adventure unfolds with a host of memorable characters and a string of unexpected twists, Ade, goes in search of the key, battling against those who wish to open portal and unleashing a horde of forgotten gods and goddesses into the world, with powers and skills beyond our comprehensive and supernatural gifts which will change the course of history for mankind, forever.

In a recent interview with Asiri Magazine, he speaks on the major challenge shooting the movie, the release date and Nigerians in diaspora.

On what perception Non-Africans have to the Africa cultural identity, he says; “I can’t be sure to speak on behalf of other people but I would say it’s mixed. Some non Africans know far more about African culture, than Africans themselves. On the other hand there are loads of Non-Africans who dont believe we have a culture. This is purely because of ignorance and misinformation by the media. Most non Africans believe Africans did not have any religion or belief system before the major monotheistic religions. A lot believe that we just had a general set of superstitions rather than any organized system. Most would be surprised to learn that the divination system of Odu is more complex than a system that a lot of non-Africans look up to, which is the Itching system. It’s all down to conditioning and education.”