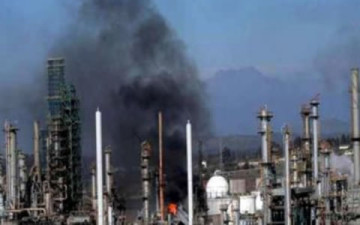 The explosion was allegedly triggered by the activities of pipeline vandals and oil thieves, Punch reports.

Williams accused the Pipelines and Product Marketing Company (PPMC), a subsidiary of the Nigerian National Petroleum Corporation (NNPC), of being negligent.

He alleged that oil thieves in connivance with PPMC were responsible for the explosion.

“Such activities, such connection, such highly technical work, well constructed by experts, could not have been perfectly done without the connivance of the PPMC, he said.