NFVCB Explains Reasons for "Half of a Yellow Sun" Delay 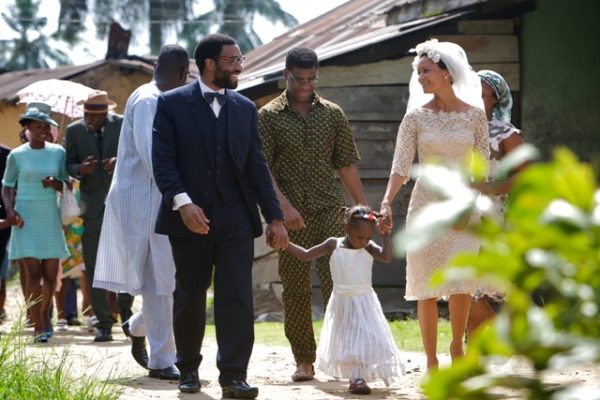 As fans of Chimamanda Ngozi Adichie‘s novel – Half of a Yellow Sun in Nigeria, continue to wait for a screening date to watch the movie adaptation, NFVCB is speaking out on reports that the board banned the movie.

On Wednesday, the National Film and Video Censors Board shut down speculations that they have banned the million dollar production.

In a statement signed by Caesar Kagho, Acting Head, and Corporate Affairs of NFVCB, in Abuja, he cleared the air and set the record straight on the movie.

According to the News Agency of Nigeria, the statement read:

“In a letter dated May 27, 2014 explaining the status of the film and requiring the distributor to expunge or edit some clearly stated objectionable aspects of the movie.

It said the management of the board was yet to receive a reply from the exhibitor.

It said the act stipulates that “a decision on a film shall ensure that such a film is not likely to undermine national security.

The actions of the board are a routine procedure that is not specific to any production but primarily taken within the ambit of the law.

It is underpinned by the superior logic of safeguarding overall public interest.”

The statement basically states that once the areas highlighted are edited, NFVCB will then communicate a rating of the film for public viewing.