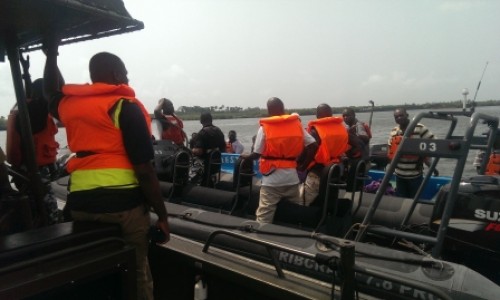 A passenger boat capsized in Lagos on Monday. One passenger drowned, and nine were rescued.

The boat was heading to Coconut Island, but capsized between Ojo and Tin Can Island, Vanguard reports.

All passengers on board the boat were reportedly wearing life jackets, including the individual that drowned. But when the boat capsized, the life jacket of the man floated away, causing him to drown.

“From my interview with the survivors, waves from four bigger boats that passed beside the boat at that time caused it to lose balance, and the passengers began to panic. This further caused the boat to capsize,” he said.

The body of the man who drowned is yet to be recovered, however; authorities continue to search.