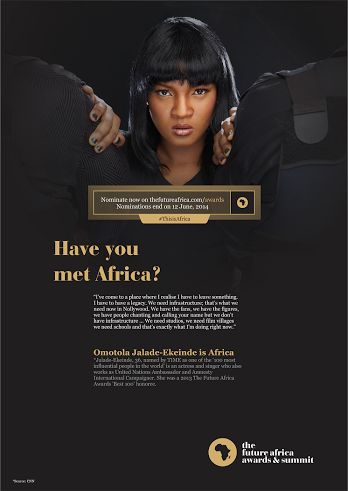 This year’s categories are:

TFAAS has also been expanded to The Future Africa Awards & Summit, a 2-day ideas-fest, where the continent’s most influential leaders and institutions with portfolios on youth will gather to chart immediate action-points for expansion of jobs and opportunities, as well as good governance and citizen engagement.

The Central Working Committee for The Future Africa Awards & Summit (TFAAS) 2014 has announced the formal expansion of its brain trust across the world – with the announcement of its expanded jury consisting of the Board of Judges and Independent Audit Committee, as well as its Global Board of Advisors.

According to a member of the committee and a Fellow with President Barack Obama’s Young African Leaders Initiative – “As TFAAS has expanded in scope and become both a global brand and to reach countries across Africa, we are excited to present the distinguished leaders from across the world who will serve on the Independent Audit Committee and the Board of Judges, and the Global Board of Advisors for The Future Project“.

Independent Audit Committee
This consists of leaders from across government, civil society and business from across Africa.

Board of Judges
The Committee also announced the Board of Judges, a peer review committee formed of African media leaders below 40.

Speaking on TFAAS, Belinda Otas said – “Africa is at a stage where its young population is needed in order to secure the continent’s future”. “I am excited about this generation of young Africans, for their hunger, their pursuit of purpose and their passion to see a better Africa. This is what The Future Africa Awards is about and I am honoured to be a part of it.”

Global Board of Advisors
This is made up of some of the world’s most influential leaders from Europe, North America, and Africa.

“I am delighted to join the board of advisors for this important project,” said Frannie Leautier, who is also a former Vice-President with the World Bank. “I have been very pleased by the impressive achievements of the platform.” 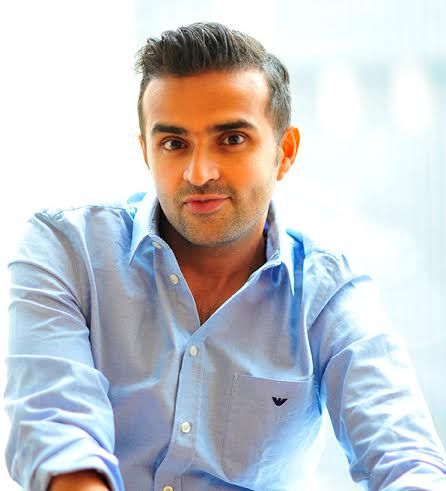