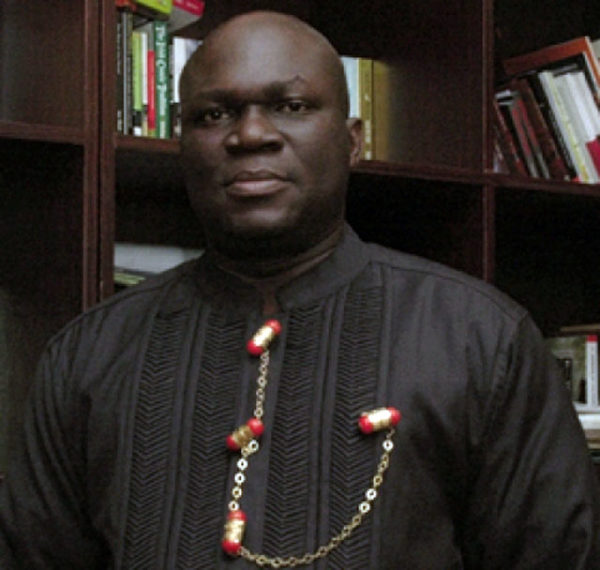 It’s a long read, but worth it.

On if it worries him the way some individuals attack President: “We are in a political dispensation and we have an opposition that is hyper active and likes to pick on the government and the President on a regular basis. My position is that in a democracy and under an administration that encourages the freedom of expression, you cannot rule out a situation where people will insist on their freedom of expression and say whatever they like, as long as the media encourages them and gives them the platform to express themselves.

The thing to note nonetheless is that this administration has nothing against the freedom of expression. It welcomes the opposition’s right to express its views but what we have complained about regularly is that the President while welcoming criticism would also want to see constructive criticism. The President is the President of every Nigerian. He has repeatedly made it very clear that whether you are a Muslim, Christian or animist, atheist, a Northerner or Southerner, he as President is the President of everybody. If the opposition says that their duty is to play politics with everything and to condemn government, what the government is asking for is that at least let it be constructive. The opposition in other parts of the world doesn’t play politics of abuse.

They come up with ideas, so when you see us engaging in any kind of altercation with the opposition, check it out. Two statements have always come out of my office. The first is: don’t abuse the President, respect his office, you may not like that office, but respect the fact that it is a special institution at the heart of our democracy. We all have a duty as Nigerians to protect it, so don’t engage in the politics of abuse, don’t pull it down.

Second, be constructive and being constructive means, come up with ideas. If there is something that you disagree with, that the government is doing and you don’t want, give us an alternative.

It is always easy to abuse people and throw words around. It is always convenient to talk and not think, because it takes some effort to think. Our appeal is that the opposition should please play the politics of reason and ideas and we will continue to appeal to them. We will not be discouraged by their refusal to toe the path of reason.”

On if Jonathan is winning the war against terrorism: “Yes. Absolutely, yes.

In this matter, the forces of good will prevail over the forces of evil and the agents of darkness. Nigeria will prevail and it is our conviction that we will all be here to witness that moment of triumph. In addition, President Jonathan has made it clear on many occasions that what Nigerians are confronted with is an unconventional war, which requires collective effort to resolve.

This is a type of war in which you can even say that the enemy is faceless or that you don’t know who the enemy is. The enemy can be anywhere, the enemy is a hidden one, without a defined uniform or location and who can strike anywhere at any time. This kind of warfare challenges even the training of the security forces who have been trained to deal with conventional warfare.

It is a kind of warfare in which the issues involved are nebulous and perpetually mutating. We are facing a kind of nihilistic warfare in which the enemy is even prepared to commit suicide to achieve whatever ideological or criminal objectives. What that means therefore is that this being an unusual war, nobody can effectively put a date to the end of it. We recognise this special challenge.

Nigeria is not the first country that will face the scourge of terror. The British fought the IRA terrorists for so many years. It took the United States almost 10 years to track down Osama Bin Laden. And even that has not ended the threat of terrorism in the world. But you can look at the situation in Nigeria in terms of specific milestones.”

On the milestone: “The first major challenge of terrorism in Nigeria started in 2002 under the administration of former President Olusegun Obasanjo, so it is something that this administration inherited. By 2009, it was already getting worse, but this administration came in and began to confront it. What we are witnessing at the moment is a resurgence; a desperate effort by terrorists to assert themselves.

When President Jonathan declared a state of emergency 18 months ago, after a few months, the security forces were able to restrict the terrorists to just about a forest. They destroyed their enclaves, mobilised ordinary people to take ownership of counter-terrorism initiatives and effectively put the terrorists on the run. For close to a year, there was peace and stability in the affected areas.

Before the first declaration of a state of emergency, the terrorists had carved out enclaves, they had hoisted their own flags and had threatened to take over the entire Nigerian state. But the military with the capacity that they acquired, pushed them back, took over these three states (Adamawa, Borno and Yobe) and even began to enjoy the confidence of the local communities, with even the people themselves taking ownership of the fight against terrorism.

But now, the agents of Lucifer are back with greater fury and vengeance. I have no doubt in my mind that the Nigerian security forces, even if they are fighting an unconventional warfare, have been able to acquire capacity and experience and are showing real determination in dealing with the challenge.

With the support that they are receiving from the international community and with the solidarity and partnership that has been forged with neighbouring countries and other countries on the continent and elsewhere, there can be no doubt that through concerted effort, the war will be won. But nobody can put a specific date to it; nevertheless the will of government to win the war is stronger than the determination of the terrorists.”

On Nigerians expressing concern that people arrested over the issue of insecurity are hardly being prosecuted: “The legal prosecution of suspects in any matter whatsoever does not take place on the pages of newspapers; it takes place in the law courts. What is known is that government has made it clear that it will not condone impunity of any sort.

There are persons in detention centres, there are those who are being prosecuted and convicted almost on a daily basis in the law courts. But you know how these things work, so many of the people who are making those statements are speaking out of ignorance because they do not know what exactly is happening. I mean, this government will not condone criminality or promote any kind of barbaric indulgence.

And the judiciary has remained a very strong institution under this administration. You can be sure that the security agencies will continue to function, and those cases that can be established for the purposes of prosecution, will go through due process. It is not standard practice for the judiciary to be conducting its business on the pages of newspapers.

So those making such allegations, they probably need to do a little more home work to find out the truth rather than just condemn the government on the basis of their own ignorance.”