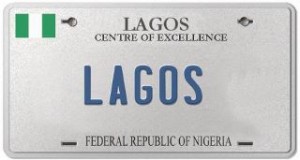 LAGOS (NAN) ― The Federal Road Safety Commission (FRSC) on Tuesday said it would begin enforcement of the new drivers’ licence and number plate on August 1st.

“This new judgment made it very clear that as from Aug. 1, FRSC should impound.

“So, Nigerians must discountenance that first misleading judgment and take this one because we are going to continue enforcement as from Aug. 1, 2014.

“We never asked anybody to stop (processing licences). Anybody who stopped ab initio stopped at his own peril.

“Neither did the court ask anybody to stop, that judgement never said anybody should stop.

“So anybody who did so did it at his own risk and the deadline was supposed to be June 30.

“Now we have extended it to Aug. 1, because we needed to go on appeal on the other matter.

“But right now, there is another judgement which says we can go on.

“So, while we are still waiting for the appeal we are going to go on with this other judgement.”

Justice Peter Umeadi of a Federal High Court in Anambra on June 30, had ruled in a suit filed by Chief Ajefo Ekwo challenging FRSC’s powers to enforce new drivers’ licence and number plate.

Umeadi said that the respondent’s directive to change old drivers’ licence and number plates to new was legal, valid, subsisting and in conformity with the FRSC’s 2007 Act and the National Road Traffic Regulations of 2012.

Nkwonta, however, said that the recent judgement had put aside the earlier judgement of the Lagos High Court ruling that the corps had no authority to produce and fix deadline for the documents.

He said that the command had not failed to process the vehicle documents for new applicants that patronised the commission after the initial judgment.

Nkwonta said that all the registration centres and 18 additional work stations in all parts of Lagos were functional and the network was effective.

He said that the commission had improved in the processes as well as working at weekends to make it easy for applicants.

Justice John Tsoho of the Federal High Court in Lagos on March 26 declared that the FRSC had no legal authority to impose new number plates on motorists in the country.

The judge also held that “the ongoing exercise by the FRSC to replace the old number plate with a new one is illegal and unconstitutional because there is no law empowering it to carry out the exercise.’’

Justice Tsoho delivered the judgment in a suit filed by a Lagos-based lawyer, Emmanuel  Ofoegbu, against the FRSC.

In the suit, Ofoegbu had challenged the power of the commission to impound vehicles of motorists who failed to acquire the new number plates.

The plaintiff argued that there was no law validly made in accordance with the constitution prohibiting the use of the old number plates.

Meanwhile, Justice Umeadi declared that FRSC has power to impound any vehicle which fails to register for a new number plate and arrest any motorist who fails to obtain the new drivers’ licence.

He said that such offender should be prosecuted according to law as from Aug.1.

Delta Airlines Plane Bound for Tel Aviv turns back as Rocket Lands Near Airport | All U.S. Flights to Israel Cancelled