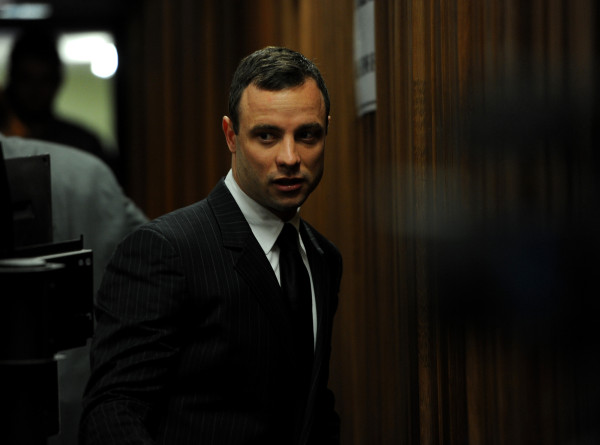 Paralympic athlete, Oscar Pistorious, who is currently facing trial for the murder of then-girlfriend, Reeva Steenkamp, reportedly got into a fight at a nightclub because a man allegedly taunted him about the case.

Pistorius’ spokesperson reportedly said the athlete was sitting quietly in the VIP section of the club in Johannesburg, when the man approached him, The Telegraph reports.

However, the man is alleging  that Pistorious was “drunk and very aggressive”  and was the one who initiated the physical altercation – which led to him pushing the athlete, who “fell over” into a chair.

This incident occurs just a few days after the adjournment of his murder trial. During the case, which will resume on August 7th, closing arguments will be made and the judge will deliver her verdict.

Pistorious killed Steenkamp on February 14, 2013 because he “thought she was an intruder, and shot her in self-defense.” He has pleaded not guilty to the murder.